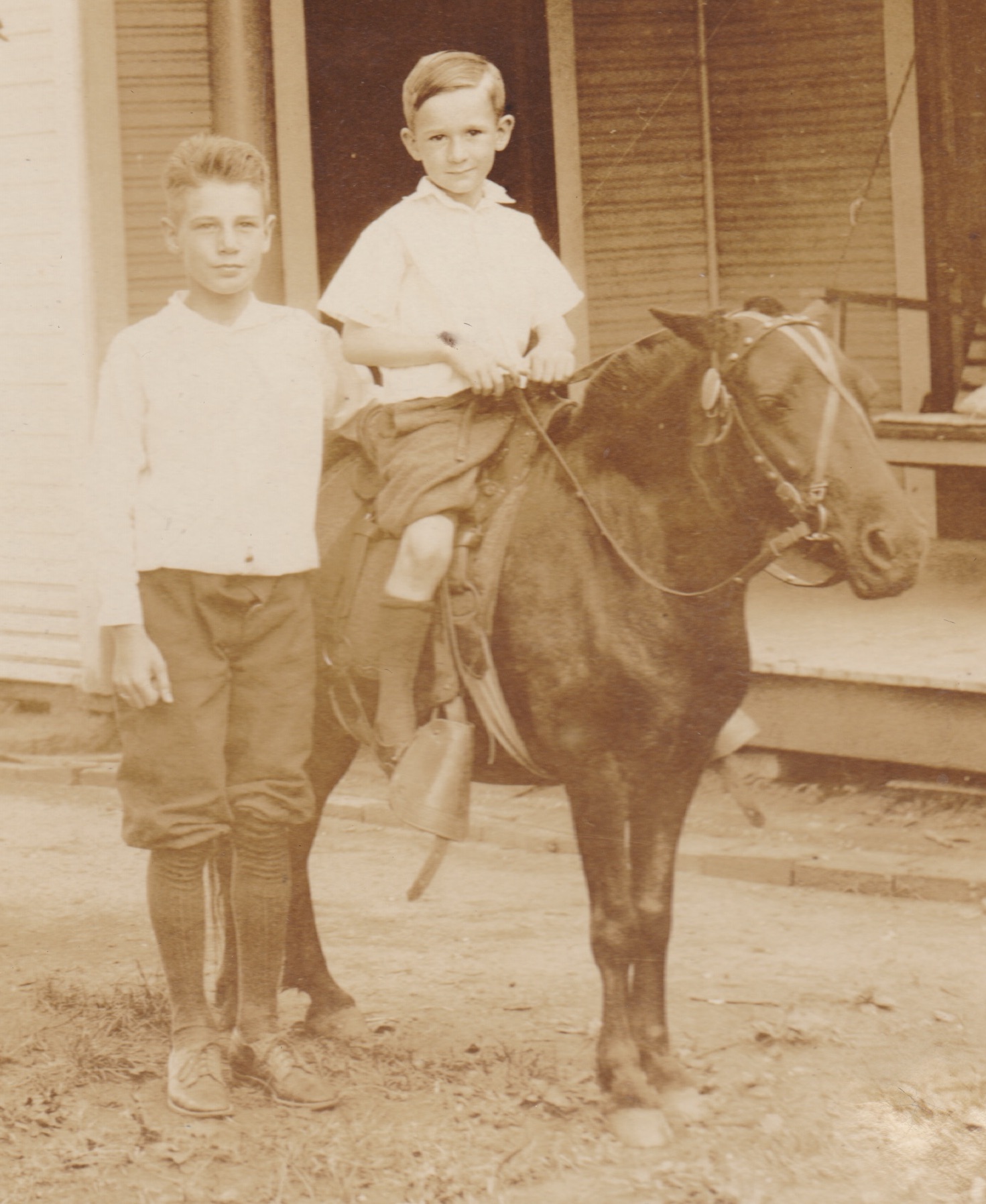 Oscar leaned to appreciate and ride horses very young, with his brother Hubert, who is standing. 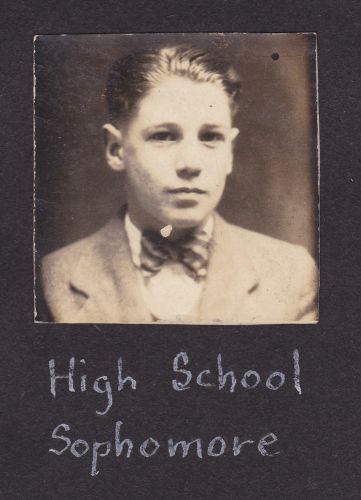 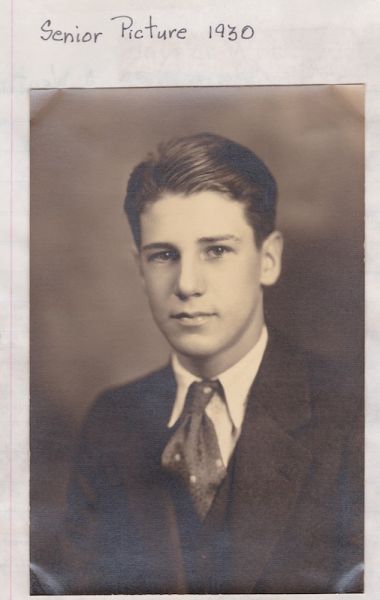 After graduating from Coffeyville Field McKinley High School, Oscar went to Kansas State Teachers College at Emporia, but quickly ran out of money and returned to Coffeyville, where he enrolled and completed an Associates Degree in 1933. 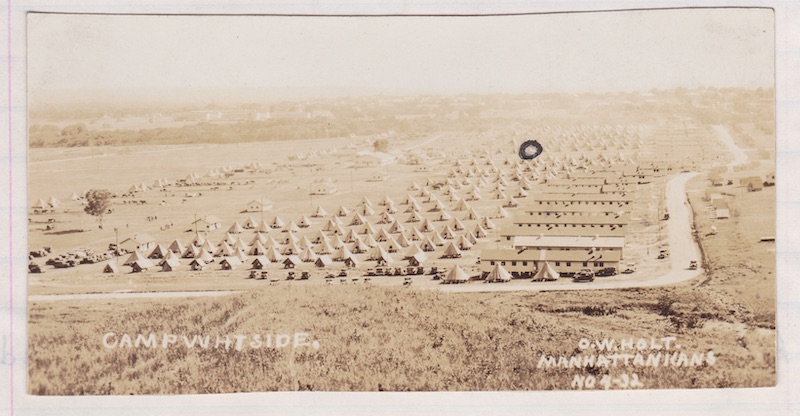 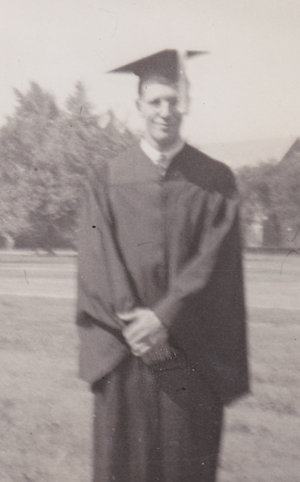 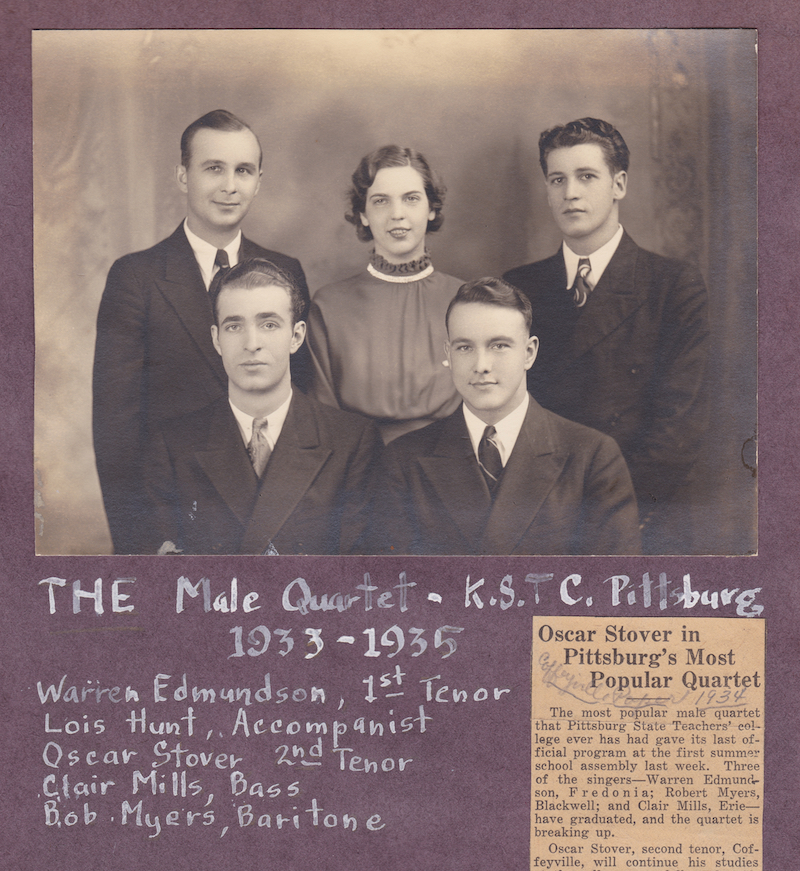 Stover sang with this quartet at KSTC Pittsburg, while working on his BA. The group was very popular on campus! 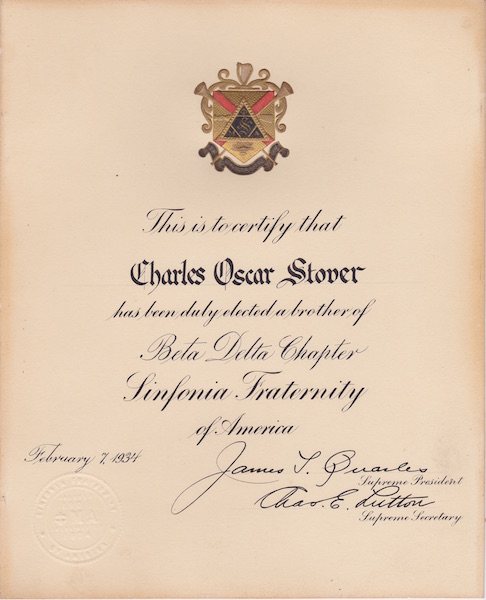 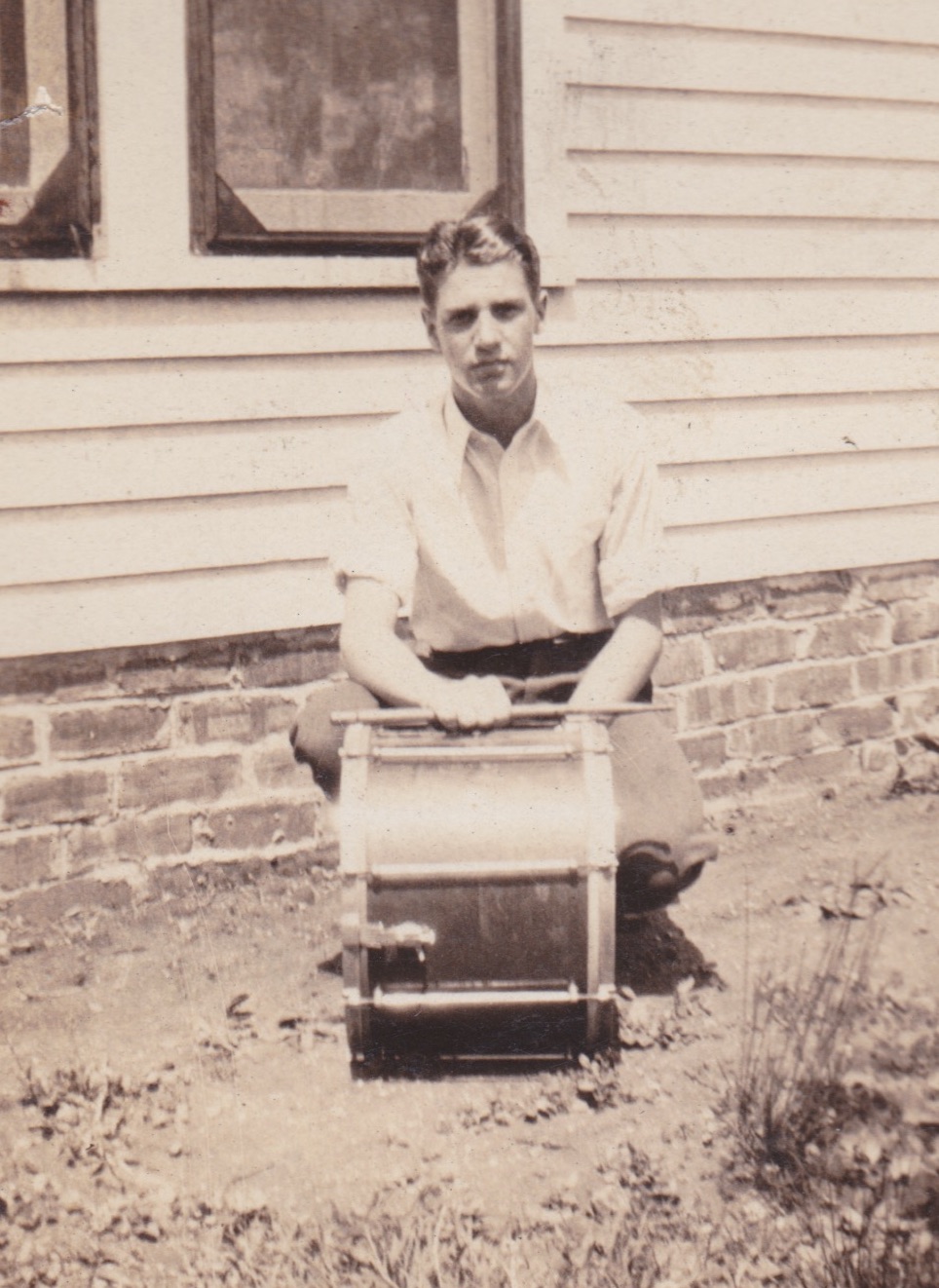 Oscar's first instrument was the drums. As he progressed through school, he learned to play the trumpet, piano, organ and kettledrums (timpani). Pictured above is his favorite drum.  His first teacher was probably his Aunt Nelle Stover. 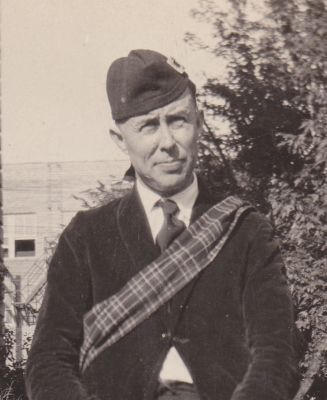 1926. Albert Weatherly in Tulsa for a Rotary Parade. Weatherly was the conductor of Oscar's school ensembles and directly led to Oscar's success as a musician. He came along at a critical point in his youth. 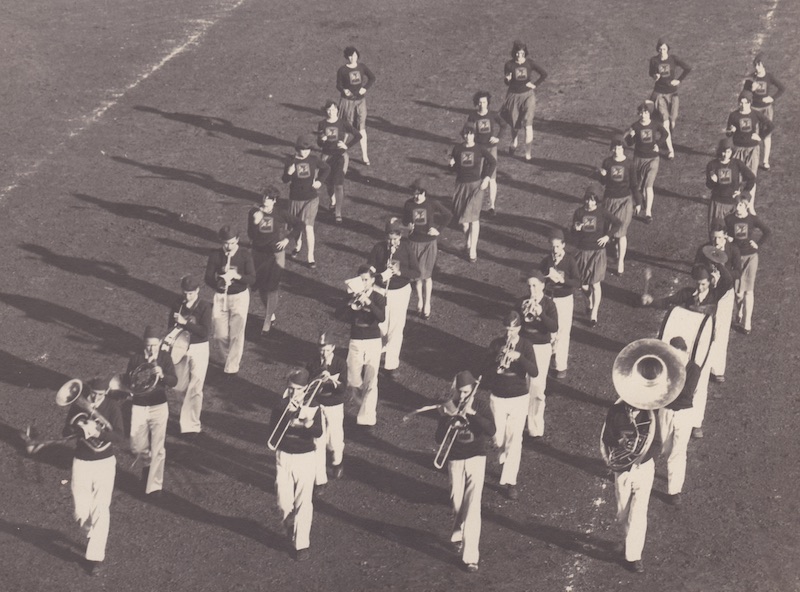 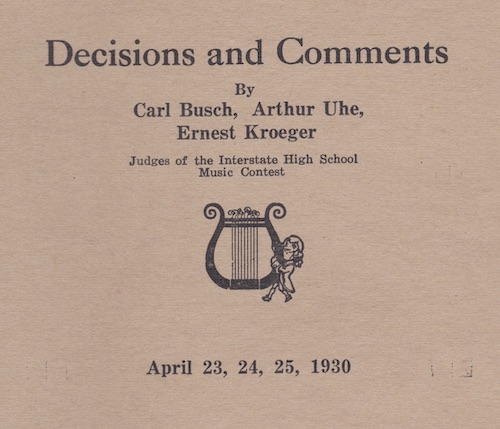 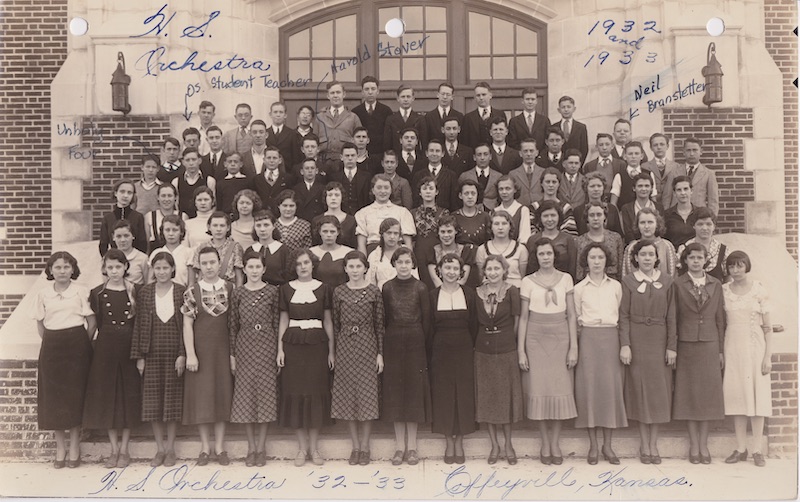 Oscar completed his student teaching during the 1932-1933 school year 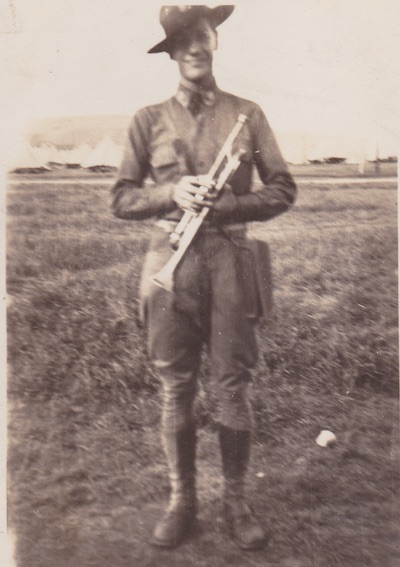 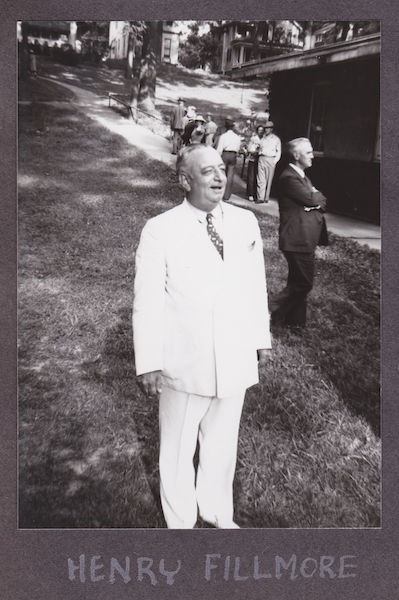 In 1941, Oscar met Henry Fillmore at Lake Winona for the Petrie Band Camp. He also met Lynn Sams, VP of Conn and Buesher 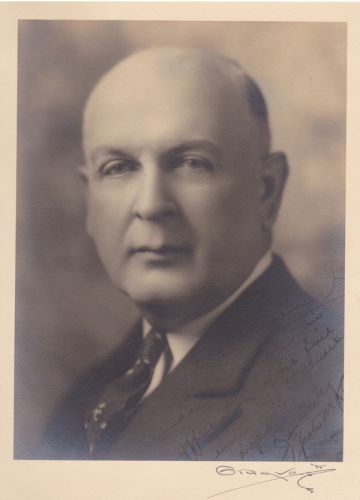 Portrait of Walter McCray, director of the Music Department at KSTC Pittsburg. It was McCray who recruited and hired Oscar to serve as Director of the Band in 1942. 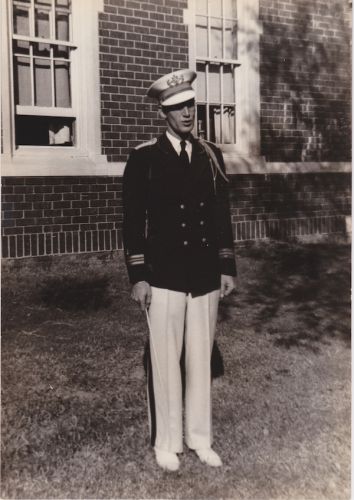 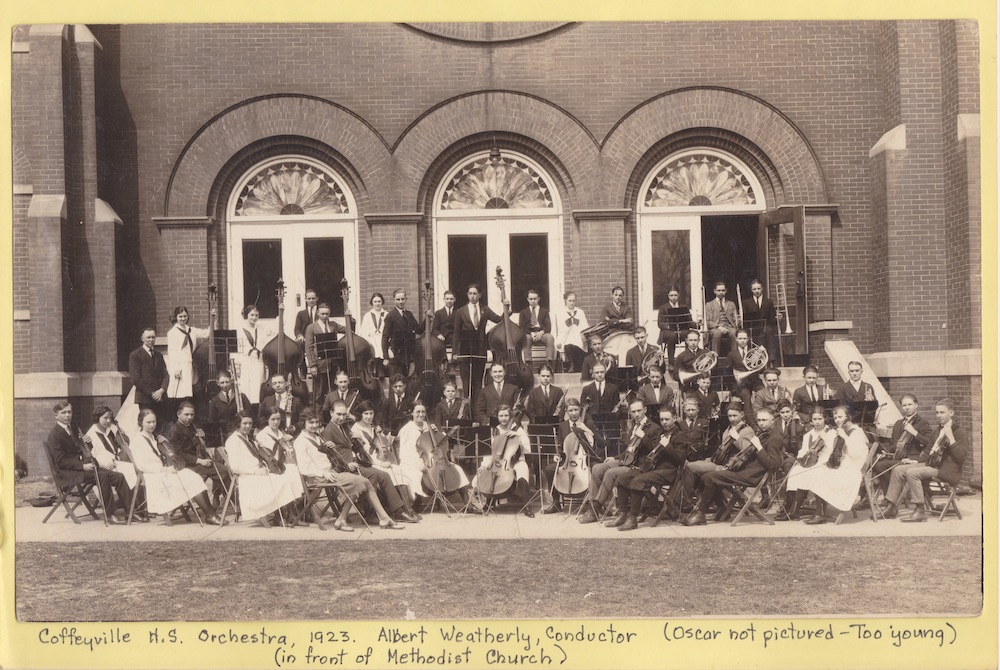 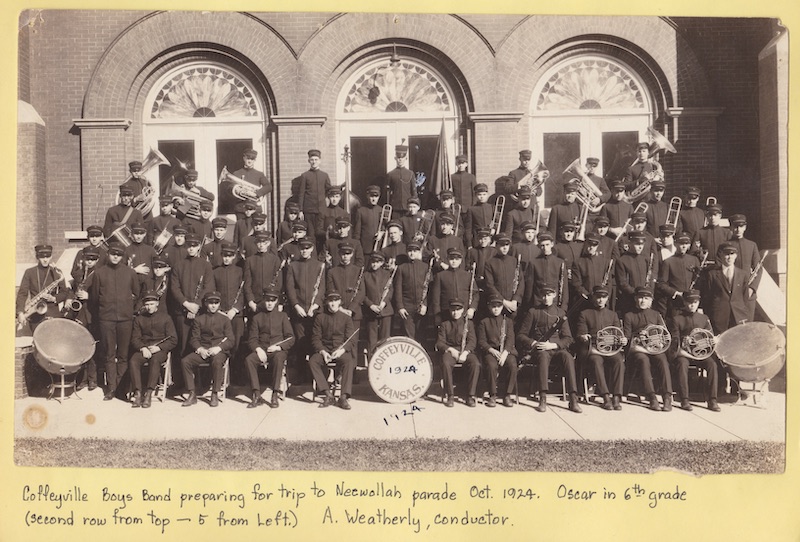 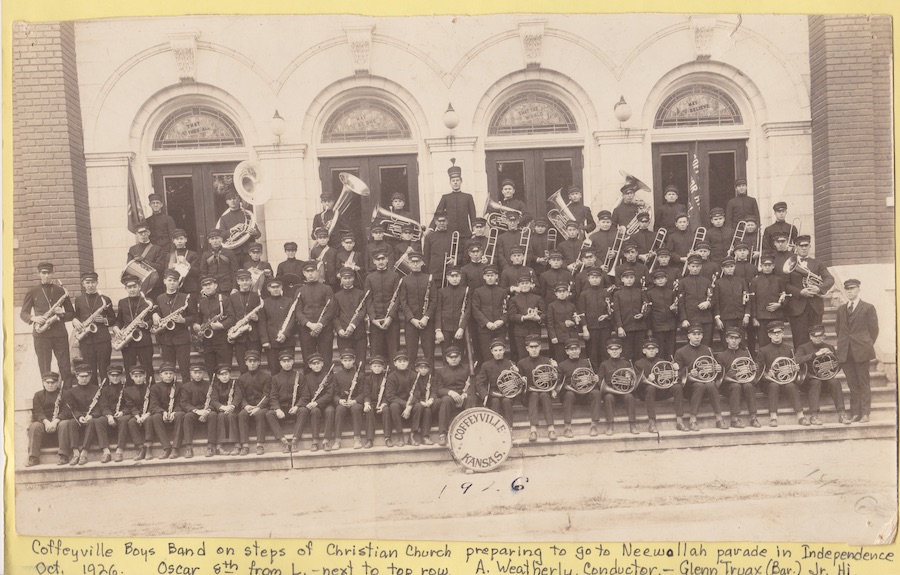 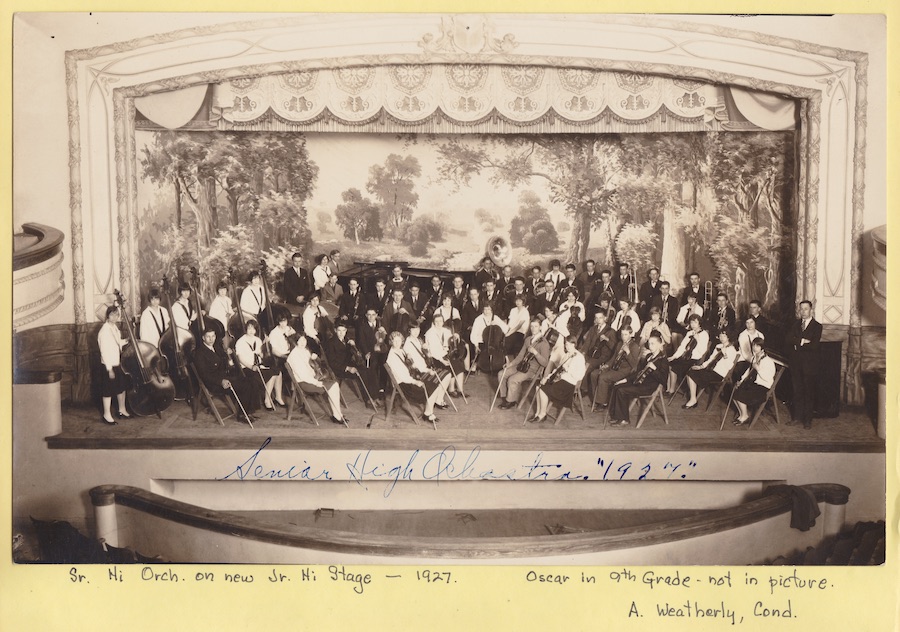 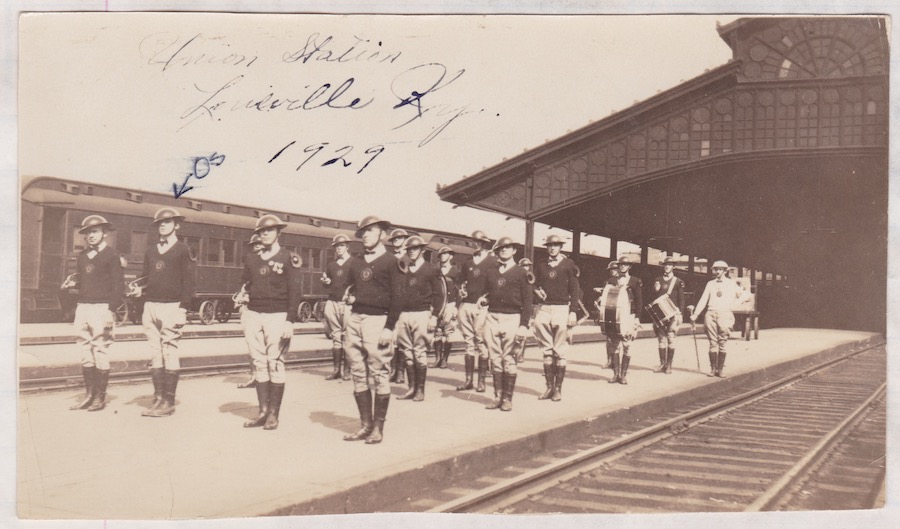 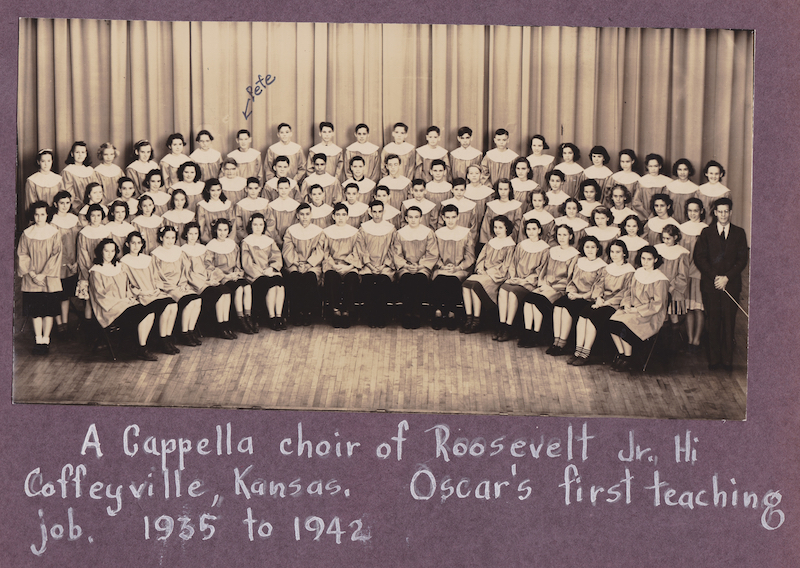 The videos below are from the original website and contain all the images of this time period. They are a bit lengthy but many have music uploaded with them.

Above: Stover family from birth until high school.

Above: HORSES! In addition to trains and photography, horseback riding was one of Stover's hobbies. These pictures date from the 1930s, likely mid to late 1930s. They include his wife Catherine and the Cooper family and friends in Coffeyville, notably Jim Spoon, who Stover would serve with during WWII.

There are several scrapbooks that contain memorabilia from Coffeyville. The video above is from the first separate section in the first scrapbook. The pictures date from the early 1930s, and include documentation of Stover's service in the Kansas National Guard. In two photos, Stover is pictured with a Holton Trumpet, which is remarkable given that I am also researching the history of Frank Holton.

Above: Stover attended Kansas State Teachers College at Emporia for one year, then after running out of money, returned to Coffeyville and attended the Junior College from 1931-1933

The slideshow above dates from the late 1930s. Stover studied at Kansas State Teachers College - Pittsburg. While there, he sang in a popular male quartet. He became a brother of Phi Mu Alpha Sinfonia Fraternity in 1934 and remained active as an alumnus.