Dan Perantoni, or "Mr. P" as his students call him, is a legendary tuba artist, teacher, and pedagogue. He is also well recognized as a trailblazer in a variety of genres including work as a soloist, chamber musician and even jazz musician.

He is a founding member of Summit Brass, a member of Symphonia, the St. Louis Brass Quintet, and the Matteson-Phillips Tubajazz Consort and has released numerous solo and chamber music CDs. Daniel Perantoni has also been a featured artist at Carnegie Hall, the Monterrey Jazz Festival, the Spoleto Festival U.S.A., the Adelaide Festival in Australia, the Banff Centre for the Arts in Canada, the Montreaux Brass Congress in Switzerland, and recently a soloist throughout Japan. He is cited as a "tubist's tubist", featuring in his playing a lyrical, clear, and singing tone, along with his impeccable musical style.

He was given the Lifetime Achievement Award by the executive board of T.U.B.A. (Tubists Universal Brotherhood Association, now the International Tuba and Euphonium Association) and a true legion of former students hold prestigious positions in major performing ensembles and music schools around the world. Their success is the best testimony to his abilities as a teacher, mentor, and friend.

Along with Robert Tucci, Daniel Perantoni has designed the Perantucci line of low by brass instruments and mouthpieces by B&S that has become the equipment choice for thousands of low Brass Legends worldwide. Mr. Perantoni also serves as the vice- president of Educational Matters and a consultant and clinician for Custom Music Company.

Dan Perantoni (USA). As a professor of music at Indiana University, renowned soloist, clinician, and chamber musician, Mr. Perantoni has distinguished himself in the brass world as a premier tuba artist and teacher. He has been a featured artist in Carnegie Hall, the Monterey Jazz Festival, the Spoleto Festival U.S.A., the Adelaide Festival in Australia, the Banff Centre for the Arts in Canada, the Montreux Brass Congress in Switzerland, and recently toured as a soloist throughout Japan. He has played in the United States Army Band (“Pershing’s Own”), the San Antonio Symphony, the Amsterdam Philharmonic, professor at the University of Illinois and Arizona State University and is past president of Tubists Universal Brotherhood Association. Dan is presently a member of the St. Louis Brass Quintet, the Summit Brass, Symphony, and the Matteson-Phillips Tubajazz Consort. He has released numerous solo and chamber music CD’s.

Along with Robert Tucci, he has been influential in the design of numerous low brass instruments and mouthpieces known as “Perantucci”. He serves as the vice-president of educational matters and consultant/clinician for Custom Music Company. 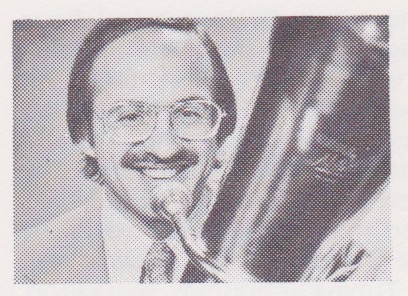