One of the Founders of Tubists Universal Brotherhood Association; Director and Founder of the legendary Tennessee Tech Tuba-Euphonium Ensemble 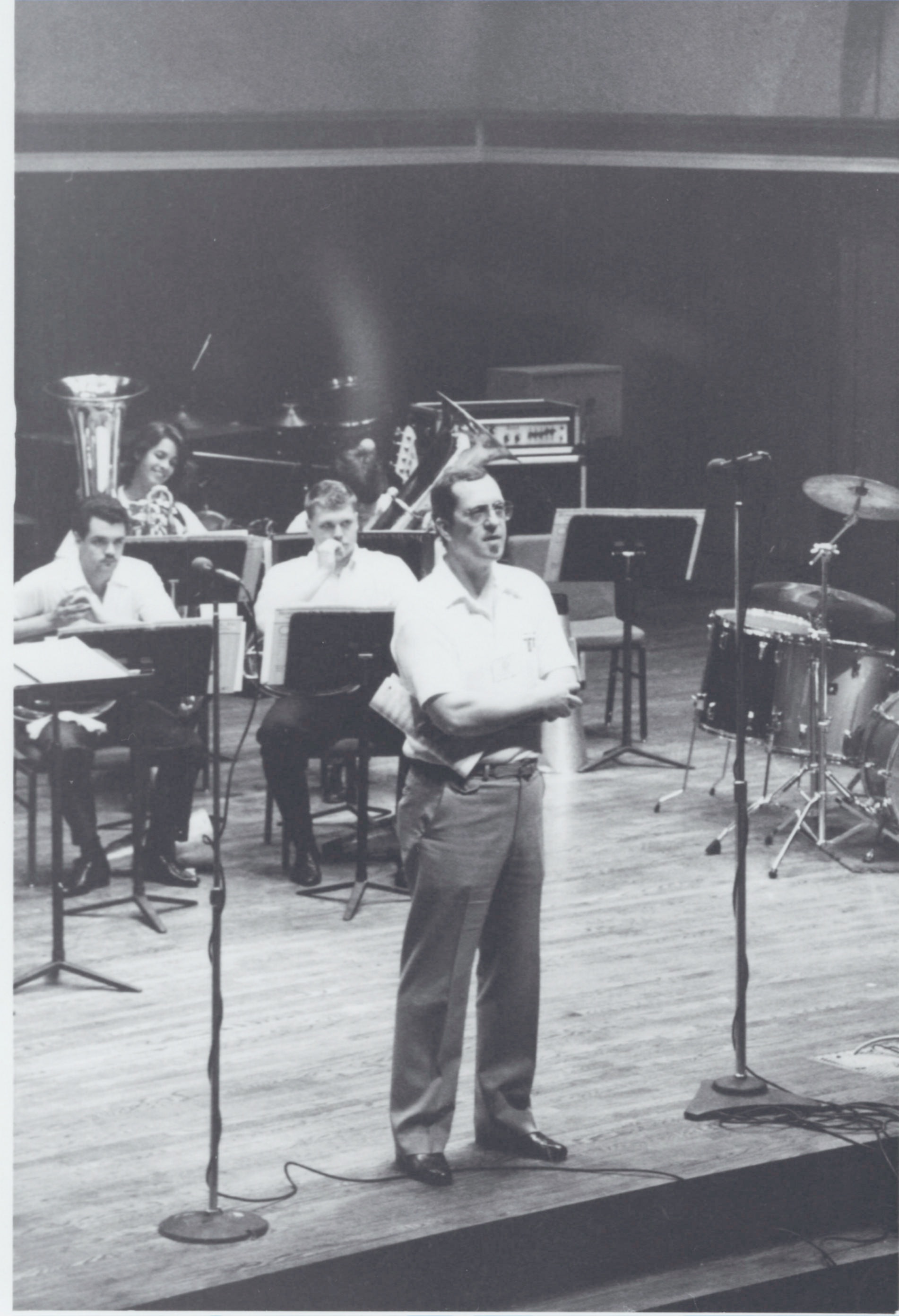 1986 ITEC at University of Texas R. Winston Morris has been internationally recognized for the past three decades as one of the leaders in the advancement in the tuba. He is Professor of Music and Instructor of Tuba and Euphonium at Tennessee Technological University, in Cookeville, Tennessee, where he has been on the faculty since 1967. Morris is regarded as the leading authority on literature for the tuba, was one of the founding fathers of the Tubists Universal Brotherhood Association (T.U.B.A.), and acknowledged worldwide as the major authority on development of the tuba ensemble. He is the Senior Editor for the recently published Tuba Source Book, conductor of the large professional tuba/euphonium ensemble, Symphonia, and has been awarded the prestigious Lifetime Achievement Award by Tubists Universal Brotherhood Association.

As a performer on the tuba, Morris has toured throughout the United States, Australia, Europe, and Japan. He is a member of the acclaimed TUBAJAZZ CONSORT, has performed and toured with the Mr. Jack Daniel's Original Silver Cornet Band and is the tubist with the Tennessee Tech University Brass Quintet.

Morris is also very active as a soloist and presentor of tuba clinics and master classes. He has been the featured clinician at state conventions throughout the United States; at regional, national, and international tuba workshops; and appeared as soloist with such ensembles as the United States Army Band, the Sapporo Wind Ensemble, the SL's Musikkar Concert Band of Stockholm, and the Tokyo Kosei Wind Orchestra.

The Tuba Music Guide by Morris was published in 1973 by the Instrumentalist Company and was highly regarded throughout the brass world as a definitive publication and reviewed as "the most comprehensive annotated bibliography of music ever compiled for any one instrument." Other publications of Morris include the Introduction to Orchestral Excerpts for the Tuba published by Shawnee Press and a large number of transcribed and arranged solo and ensemble works for tuba published by the Brass Press, Southern Music Company, and a signature series of publications, the R. Winston Morris Solo and Ensemble Series, currently being released by Ludwig Music Publishing Company.

R. Winston Morris was one of the founders of the Tubist Universal Brotherhood Association, a 2,500-member professional international organization of euphoniumists and tubists. He has served as President, Vice President, Past President, Publications Coordinator, Journal (Newsletter) Editor, and currently serves on the Honorary Advisory Board of T.U.B.A.

In 1967, Morris organized and founded the now internationally recognized Tennessee Tech Tuba Ensemble(TTTE).The TTTE has performed extensively throughout the eastern half of the United States. They have presented performances at regional, national and international symposia and workshops sponsored by T.U.B.A., the International Brass Congress, and the Music Educators National Conference. They have seven commercially produced recordings that have received the highest accolades from members of the music profession. The TTTE is responsible for numerous arrangements and compositions for tuba ensemble and for providing the inspiration and leadership for the formation of such ensembles internationally. The TTTE has performed on Bourbon Street and at the New Orleans Jazz Festival, Disney World, at the National MENC conferences in Chicago, New Orleans, Atlanta, Indianapolis and Kansas City, the International T.U.B.A. Conference in Austin, Denton, Lexington, the Kennedy Center in Washington, the Spoleto Festival in Charleston, and five unprecedented Carnegie Hall appearances.

Morris is Coordinator of Brass Instruction at Tennessee Tech and responsible for a large and very active tuba/euphonium studio. His students have been very successful in the music education field and have won many national auditions in the performance area. R. Winston Morris (USA) has been internationally recognized in the last three decades as one of the leaders in the advancement of the tuba. He is Professor of Music and Instructor of Tuba and Euphonium at the Tennessee Technological University in Cookesville, Tennessee. A leading authority on tuba repertoire, he was a founding father of the Tubists Universal Brotherhood Association (TUBA) and is also acknowledged as a major authority throughout the world on the development of the tuba ensemble.

As a performer, he has toured internationally and is a member of the Tuba Jazz Consort, the Original Jack Daniel’s Silver Cornet Band, and the Tennessee Tech University Brass Quintet. He is also active as a soloist and presenter of masterclasses and has been featured both nationally and internationally in this capacity. He has appeared as a soloist with the United States Army Band, the SL’s Musikkar Concert Band, and the Sapporo and Tokyo Kosei Wind Ensembles.

His Tuba Music Guide published in 1973 with the Instrumentalist Company is highly regarded as a definitive publication. Other publications include Introduction to Orchestral Excerpts for the Tuba (Shawnee Press) and many transcriptions and arrangements for tuba ensemble published by The Brass Press, Southern Music Company and publications in his own signature series currently being released by Ludwig Music Company.

In 1967, Morris organized the now internationally renowned Tennessee Tech Tuba Ensemble (TTTE). This ensemble has toured extensively performing at important brass conferences and symposiums, and has six commercially produced recordings. This ensemble has generated numerous arrangements and compositions for tuba ensemble and has provided the inspiration for the formation of such ensembles internationally. R. Winston Morris is a consultant and clinician for Orpheus Music and is the music director of Symphonia.