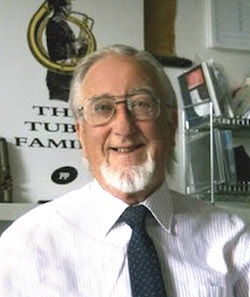 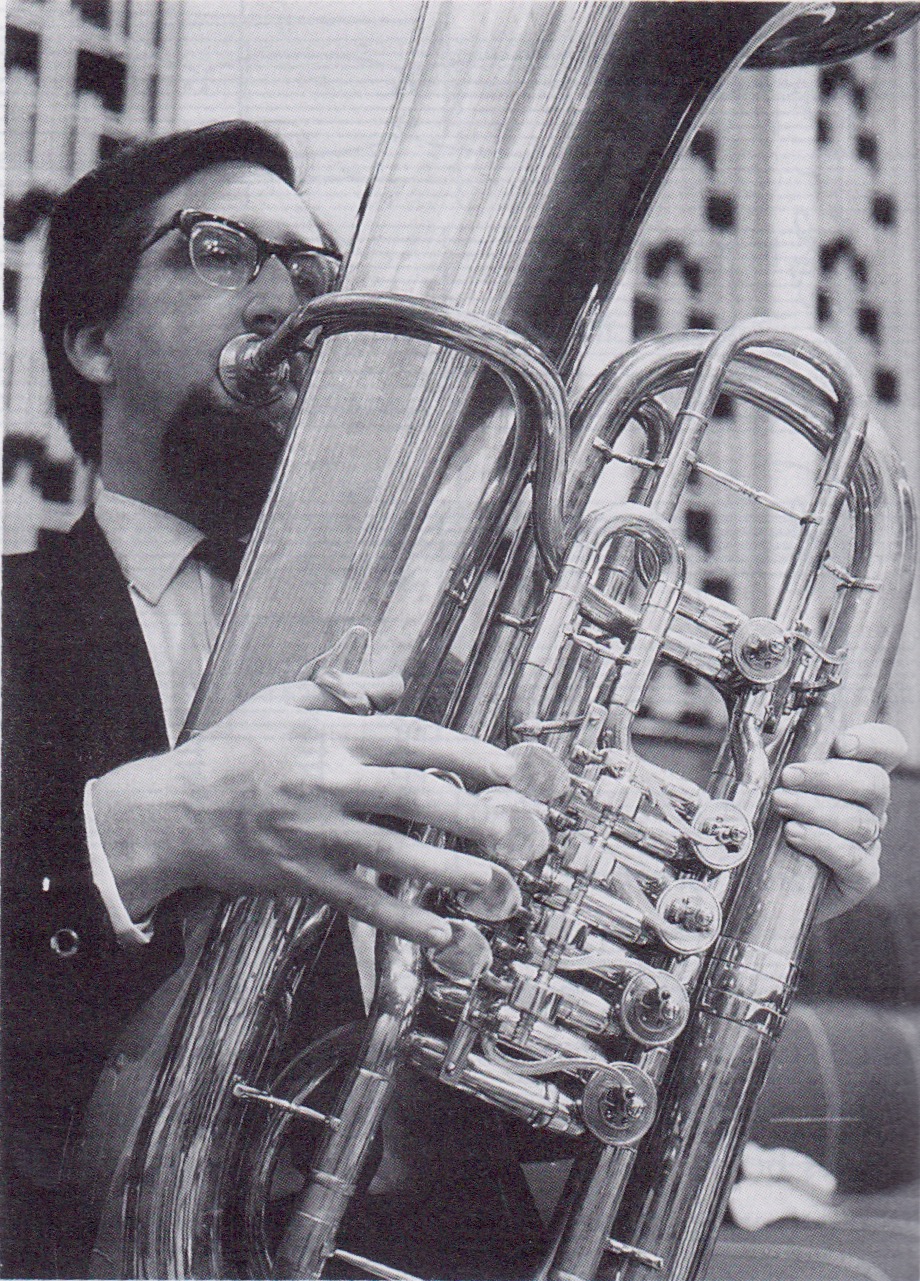 Biography from The Tuba Family

Clifford Bevan was born in Manchester and served an apprenticeship as a compositor before studying trombone and composition at the Royal Academy of Music. After freelancing he became chief arranger and pianist of The Temperance Seven during their chart-topping period, then spent eight years as principal tuba of the Royal Liverpool Philharmonic Orchestra. Moving back to London, he played tuba and euphonium with all the leading symphony, opera and broadcasting orchestras, n the West End Theatre and sessions. Since the first edition of The Tuba Family, in 1978, he has contributed to numerous reference works and journals as well as writing more books, about musical instruments and theory. He now divides his time between Winchester and London, writing, arranging, teaching and running Piccolo Press, playing tuba, euphonium, ophicleide, serpent, cimbasso and bass trombone in music ranging from opera to big band. He holds BMus and PhD degrees from London University. 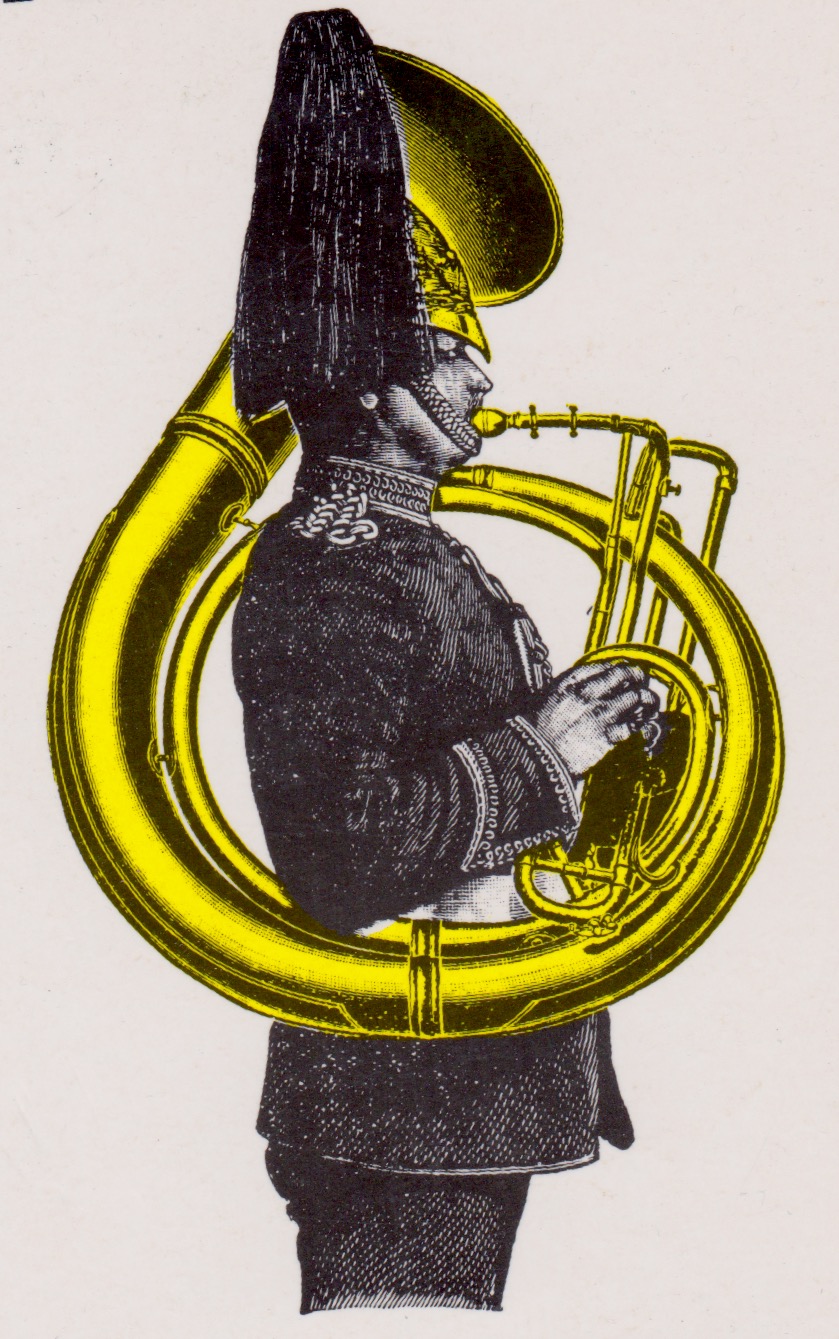 With the appearance of “The Tuba Family” in 1978, released by the distinguished British publisher, Faber & Faber Limited, Clifford Bevan has assisted a generation of brass players and researchers to better understand the evolution and musical role of the tuba and other low brass instruments. Merging an instrumentalist’s curiosity, intuitive knowledge, and wit with a musicologist’s precision of thought and breadth of knowledge, Bevan treated the tuba and related instruments in all of their realms - historical development, acoustics, musical setting and repertoire, and leading players and composers. While the word “definitive” has lost meaning in recent years, “The Tuba Family” and its second edition, published in 2000 and increasing in size twofold the original edition from 303 pages to 640 pages, can be considered the definitive treatment of the instrument.

Bevan’s contributions to the brass field, however, are not represented solely by the publication of “The Tuba Family.” He participated in the legendary 1995 Historic Brass Society’s Symposium, preparing a ground-breaking treatment of the cimbasso that has been widely received in the brass world. He has served as an officer of the Galpin Society and contributor to that organization’s journal and, since 1993, he has written columns in the International Tuba Euphonium Association Journal, preparing widely acclaimed educational essays as well as serving as one of the few low brass humorists writing today. As arranger, composer, editor, and publisher, Dr. Bevan has prepared and written compositions for brass and winds that have been widely performed and recorded.

The significance of Bevan’s work for the brass field extends beyond the research desk and archives. Having studied at the Royal Academy of Music, Bevan was principal tuba in the Royal Liverpool Philharmonic Orchestra as well as an active London West End session player, freelancing with the BBC, Royal Opera House, and English National Opera orchestras. Also, Bevan’s performing career has taken him into rather unusual realms far beyond the worlds of brass, jazz, and classical music. Bevan was the arranger, trombonist, tubist, and pianist in “The Temperance Seven,” a popular music group with a 1961 “British #1, top of the charts” record, “You’re Driving me Crazy.” Managed by “the fifth Beatle,” Sir George Martin, the Beatles appeared as the warm-up anti for the Temperance Seven, and Lennon-McCartney’s “Honey Pie” was an homage to the ensemble.

As an historical brass player, Bevan was an official member of the London Serpent Trio during the time of Christopher Monk and has assumed that ensemble’s role as spokesperson. In 1990, he presented the first modern recital for ophicleide at the Horseman Museum and has served as serpent and ophicleide tutor at the Dartington International Music Festival. Dr. Bevan continues to be engaged by the Horseman, the University of Edinburgh Collection of Historical Musical Instruments, and other museums for instrument demonstrations.

In 2008, the international Historic Brass Society presented him with the Christopher Monk Award, considered the highest honor in the historical brass world and, at this event, ITEA will award the first Clifford Bevan Award for Excellence in Research. The International tuba Euphonium Association is pleased to present Clifford Bevan its highest distinction, the Lifetime Achievement Award.