László Szabó (H). Widely considered the most influential tuba teacher in Hungary, he is currently Professor of Tuba at the Franz Liszt Academy of Music in Budapest, where he was himself a student. He is much in demand as a presenter of masterclasses and lessons, and is often a jury member on prestigious International competitions such as the Markneukirchen Solo Tuba Competition.

László Sazbó’s appearance at Verso il Millennia is made possible through the generosity of FON Trade Music Budapest. 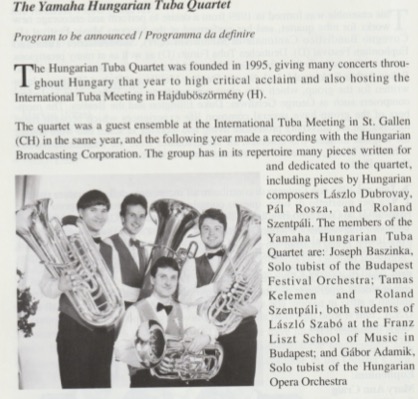