Paul Droste was born on October 14, 1936 in a small suburb of Cleveland, Ohio called Fairview Park. He was encouraged from a young age into music, and first took up the trombone in 6th grade. Paul matriculated at The Ohio State University under the baton of Donald McGinnis, and graduated in the Spring of 1958. He would earn his MM from the prestigious Eastman School of Music while teaching high school instrumental music near Columbus, Ohio. Paul would return to Ohio State many times over his career, first as a graduate assistant in 1961, and then again serving as an instructor at the School of Music between 1966-68.

Paul relocated to Tucson, Arizona and completed one of the very first DMA in Euphonium Performance degrees at the University of Arizona. Completing his degree in 1970, Paul was also appointed the director of The Ohio State University marching Band, a position he held for fourteen seasons. Under his guidance and leadership, the OSUMB experienced many changes, including expansion in size and the admission of women into the ensemble. Dr. Droste is primarily responsible for the look, feel and sound of what is commonly accepted as one-of-the best collegiate marching bands in the country.

After retiring from his position as Director of the OSUMB in 1983, Paul formed the Brass Band of Columbus, one of the first professional brass bands in the United States. Always a fan of brass bands during his many trips to England for personal study during his tenure at Ohio State, his newly formed ensemble was quickly propelled into the upper ranks of nationally and internationally known brass bands. Under his guidance, the BBC had performed over 400 concerts in 20 years.

Paul was one of the first clinicians for the Yamaha Corporation in the United States, bringing both the YP-321 and YEP-641 to both educational and performance-based institutions over the entire Midwest-region.

In 1992, Paul retired as Professor Emeritus at The Ohio State University after serving for 30 years. He devoted the next ten years to serving as educational advisor to Colonial Music in Columbus, Ohio.

Dr. Droste has recorded two albums of euphonium solos, both of which are considered definitive examples of formative solo repertoire for the instrument. An early arranger for the euphonium, many of his settings for both euphonium and euphonium ensemble are available from ECS Publishing and Ludwig Masters Music.

In 1989, Paul was elected into membership in the American Bandmasters Association, and has also received accolades from the Salvation Army and local music organizations. Paul lives in Columbus, Ohio with his wife, Anne. Both of his children are music instructors and he continues to be active with the central-Ohio Brass Band culture.

Paul Droste (b. 1936) was director of the Ohio State University Marching Band from 1970 to 1983. Prior to leading the TBDBITL (The Best Damn Band In The Land) he was the orchestra director at Lakewood High School from 1964 to 1966 and taught string instruments at Lakewood’s ten elementary schools during the same period.

Droste credits his band and choir director at Fairview, Frank Barr, with steering him towards Ohio State. As Droste puts it, “he asked me what I intended to do and when I told him I’d like to be a high school band director, it was the end of the story...well then, you’re going to Ohio State, he said.” Droste also credits Max Denmark “a darn good teacher,” for his early success.  Droste studied trombone and baritone at Denmark’s home each Saturday morning for many years.

Dr. Droste holds a Bachelor of Science in Education from Ohio State, a Masters Degree in Music from the Eastman School of Music and a Doctorate in Music Arts in Euphonium Performance from Arizona University.

Paul Droste’s career is full of ‘firsts’, and he has been on the forefront of change for the low brass community for over fifty years in professional development.  Just a few of the notable accomplishments throughout his vast career include:

•    Paul was the first to achieve the degree of DMA in Euphonium, setting the scene for many countless others (including myself) to follow after him.
•    He was instrumental in developing the Yamaha compensating instrument, and was an advocate for Yamaha in their early years in the United States.
•    While on a research leave-of-absence from The Ohio State University, Paul went to England to study euphonium performance and brass band tradition.  He then formed the Brass Band of Columbus in 1984, shortly after the North American Brass Band Association was formed in 1983.
•    Dr. Droste was one of the first euphonium soloists to record on LP, and his recordings have inspired generations of musicians.  In addition, he was one of the first people to commercially release a complete solo euphonium album.
•    While completing his doctoral work, he arranged the Six Studies in English Folksong, which continues to be a staple of the modern euphonium repertoire today.

Paul Droste has been a trailblazer for modern euphonium performance not only in the context of the brass band tradition but also in re-defining limits others had put on the euphonium as a solo instrument during his early career.

Paul Droste (USA). He has a Bachelor of Science in Education from THE Ohio State University , a Master of Music from the Eastman School of Music, and a Doctor of Musical Arts from The University of Arizona. Before joining the faculty of The Ohio State University School of Music in 1966, he taught vocal and instrumental music in the public schools of Pickering and Lakewood in Ohio. He was the director of The Ohio State Marching Band from 1970 through 1983, being the first former member of the band to be selected as its director. Retiring from OSU in 1992, he is currently employed as the Educational Director for Colonial Music.

He has performed as a soloist and clinician throughout the midwest USA, California and Hawaii under the sponsorship of the Yamaha Corporation of America, and has two solo albums on the Coronet label.

Paul is the founder and director of the Brass Band of Columbus (formed in 1984). This band has won several first place awards in competitions sponsored by the North American Brass Band Association, an association of which he is a past president. He was the first American adjudicator at the annual contest of the New Zealand Brass Band Association. He also has ties with British brass bands and euphonium soloists, having received a leave of absence from OSU in 1987 to tour England. Elected to membership in the American Bandmasters Association in 1989, in 1992 he received the “God and Country Music Award” from the Greater Columbus Salvation Army. 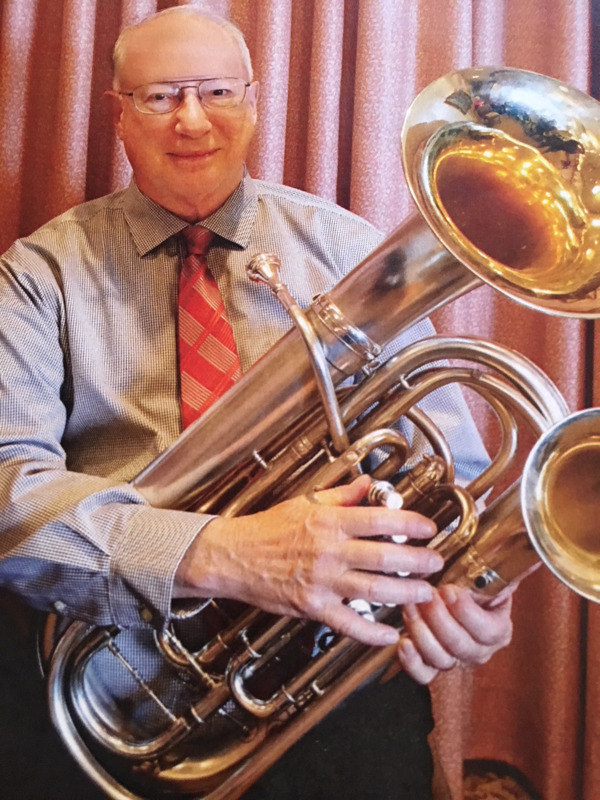 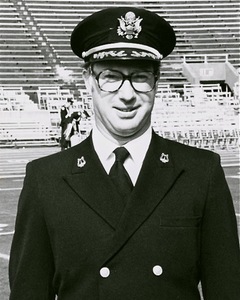 Hang on Sloopy - The Ohio State University Marching Band under the direction of Dr. Droste 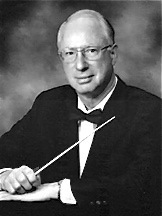 The Brass Band of Columbus (Ohio) plays National Emblem March under the direction of Dr. Droste, who founded the ensemble in 1984.