John Stevens (b. 1951) is [retired] Director of the School of Music and Professor of Tuba and Euphonium at the University of Wisconsin-Madison. He is also a member of the Wisconsin Brass Quintet, a UW-Madison faculty ensemble-in residence. Professor Stevens has enjoyed a varied career as a teacher, orchestral, chamber music, solo and jazz performer and recording artist, composer/arranger, conductor and administrator. Following the completion of degrees in Tuba Performance at the Eastman School of Music (BM, 1973) and Yale University (MM, 1975), he was a free lance performer based in New York City for many years. He performed with every major orchestra in New York, was a member of the New York Tuba Quartet and many other chamber groups, principal tubist in the Aspen Festival Orchestra, toured and recorded with a wide variety of groups including Chuck Mangione, the American Brass Quintet and the San Francisco Ballet, and was the tuba soloist in the original Broadway production of BARNUM. He has released two solo recordings; an LP of his own compositions titled POWER (Mark Records, 1985) and a CD titled REVERIE (Summit Records, 2006). Stevens was on the faculty of the University of Miami (FL) School of Music for four years, while also performing as principal tubist with the Philharmonic Orchestra of Florida and the Miami Opera. He joined the UW-Madison faculty in 1985 and, in addition to his other duties, was the Director of the School of Music from 1991 to 1996.

As a composer and arranger with over 50 original compositions and almost as many arrangements to his credit, Stevens is internationally renowned for his works for brass, particularly for solo tuba, euphonium and trombone, tuba/euphonium ensemble, brass quintet and other brass chamber combinations. He is the winner of numerous ASCAP awards and has received many composition grants and commissions. In 1997 he was commissioned by the Chicago Symphony Orchestra to compose a tuba concerto. This work, entitled JOURNEY, was premiered by the CSO, with tubist Gene Pokorny as soloist in June, 2000, and performed by them again in December, 2003. In addition to being performed regularly by ensembles and soloists worldwide, Stevens' works have been commissioned and/or recorded by (among others) the Wisconsin Brass Quintet, Symphonia, the International Trumpet Guild, the International Tuba Euphonium Association, the Madison Symphony Orchestra, The Ohio State University Wind Symphony, the Denver Brass, soloists Roger Bobo, Brian Bowman, Toby Hanks, Demondrae Thurman,

Recent compositions include the CONCERTO FOR EUPHONIUM AND ORCHESTRA composed for Brian Bowman, SYMPHONY IN THREE MOVEMENTS, a composition for wind band commissioned by a consortium of 14 American universities, and MONUMENT for Solo Tuba and Strings. commissioned by tuba icon Roger Bobo in memory of the great LA studio tubist, the late Tommy Johnson.

Stevens has been a member of the International Tuba Euphonium Association (ITEA) Executive Committee and is currently on the Board of Directors. He has recently been awarded the ITEA's prestigious Lifetime Achievement Award, the highest honor in his field. He has been featured as a composer/arranger, conductor, performer and competition judge at many of the international tuba euphonium conferences that have taken place in the past two decades, including thirteen years at the U.S. Army Band Tuba Euphonium Conference in Washington, DC. In recent years he has been a performer, teacher, composer and competition judge at festivals in Italy, Spain, Finland and France.

Professor Stevens is an ASCAP composer and has been sponsored as a performer by Willson Instruments. 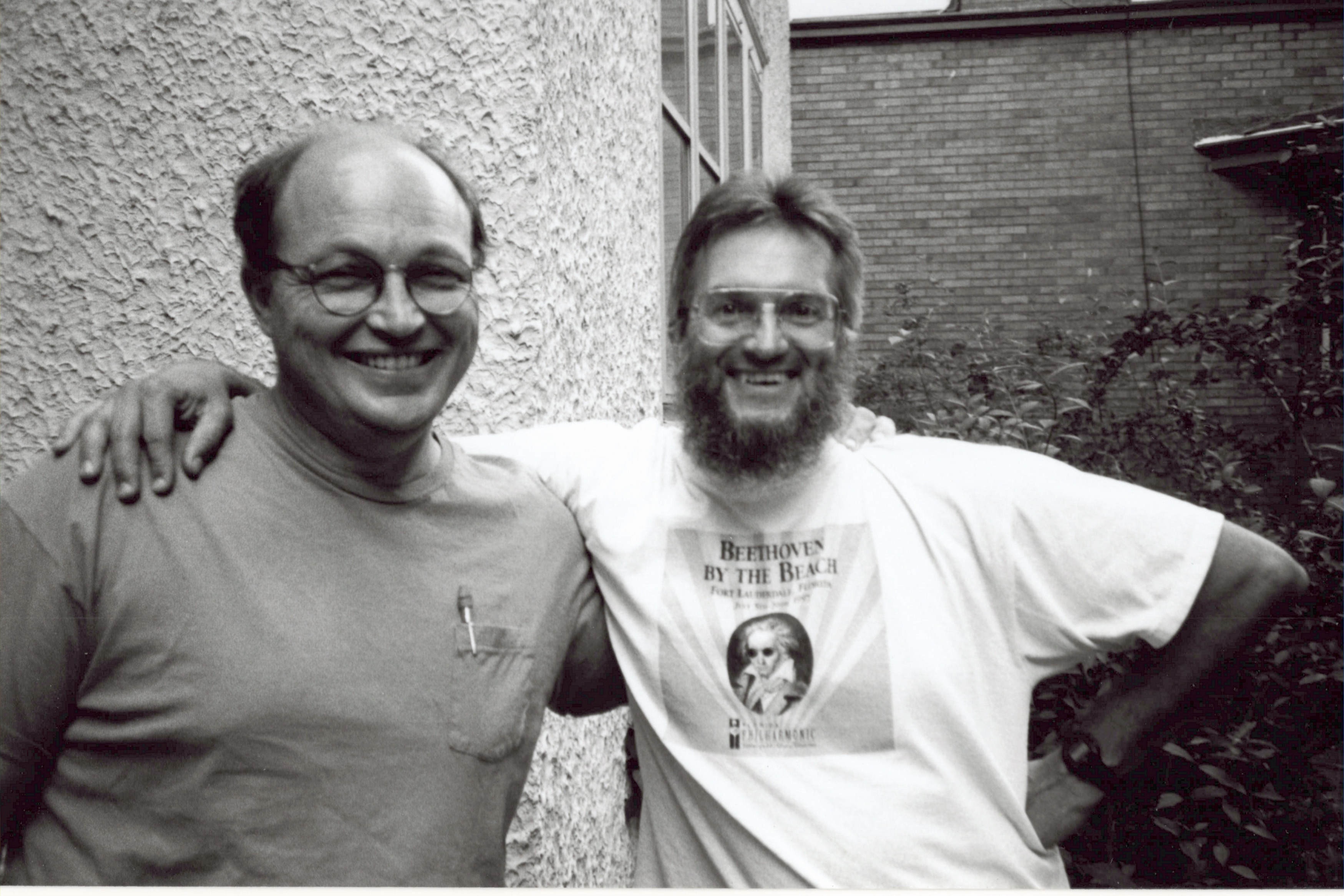 John Stevens has enjoyed a distinguished career as a performer, teacher, composer, arranger, conductor and administrator. Since 1985, he has been on the faculty of the University of Wisconsin-Madison School of Music, where he is Professor of Tuba and Euphonium, member of the Wisconsin Brass Quintet and has served two terms as Director of the School of Music. After graduating from the Eastman School of Music (1973) and Yale University School of Music (1975), he became a successful free lance performer in New York City, where he performed and recorded with a wide variety of groups, was a member of the New York Tuba Quartet and was the original tuba soloist in the Broadway show Barnum. Before moving to Wisconsin, he was on the faculty of the University of Miami for four years. John is an internationally acclaimed composer for brass who has received many commissions and grant and won numerous awards. He has published over 60 compositions and arrangements and his music is performed internationally on a regular basis. At this writing, over 50 recordings of his works have been released by soloists and ensembles all over the world, including four recordings entirely of his compositions. At the 2008 ITEC in Cincinnati, he was presented with the ITEA Lifetime Achievement Award. John is an ASCAP composer and has been sponsored as a performer by Willson Instruments. He is retiring from the University of Wisconsin next week, but plans to continue being active as a composer and teacher.

John Stevens (USA). Professor of Tuba and Euphonium at the University of Wisconsin - Madison (USA), he is also a member of the Wisconsin Brass Quintet. He joined the faculty there in 1985 following many years as a freelance performer in New York and four years on the faculty at the University of Miami in Florida (USA). His extensive performing credits include being a former member of the New York Tuba Quartet, the Aspen Festival Orchestra, the Philharmonic Orchestra of Florida, and the original tuba soloist in the Broadway musical Barnum. He is a former member of the T.U.B.A. Executive Committee and is currently on the Board of Directors.

Mr. Stevens is internationally renowned as a composer and arranger for brass, with many grants, commissions and recordings of his music to his credit. He has composed works for the Wisconsin Brass Quintet, the New York Tuba Quartet, Summit Brass Tuba Quartet, T.U.B.A., Roger Bobo, the Denver Brass, Toby Hanks, Symphony, and the Verso il Millennia International Cimbasso Ensemble among others. He is currently working on a tuba concerto for Gene Pokorny and the Chicago Symphony Orchestra.