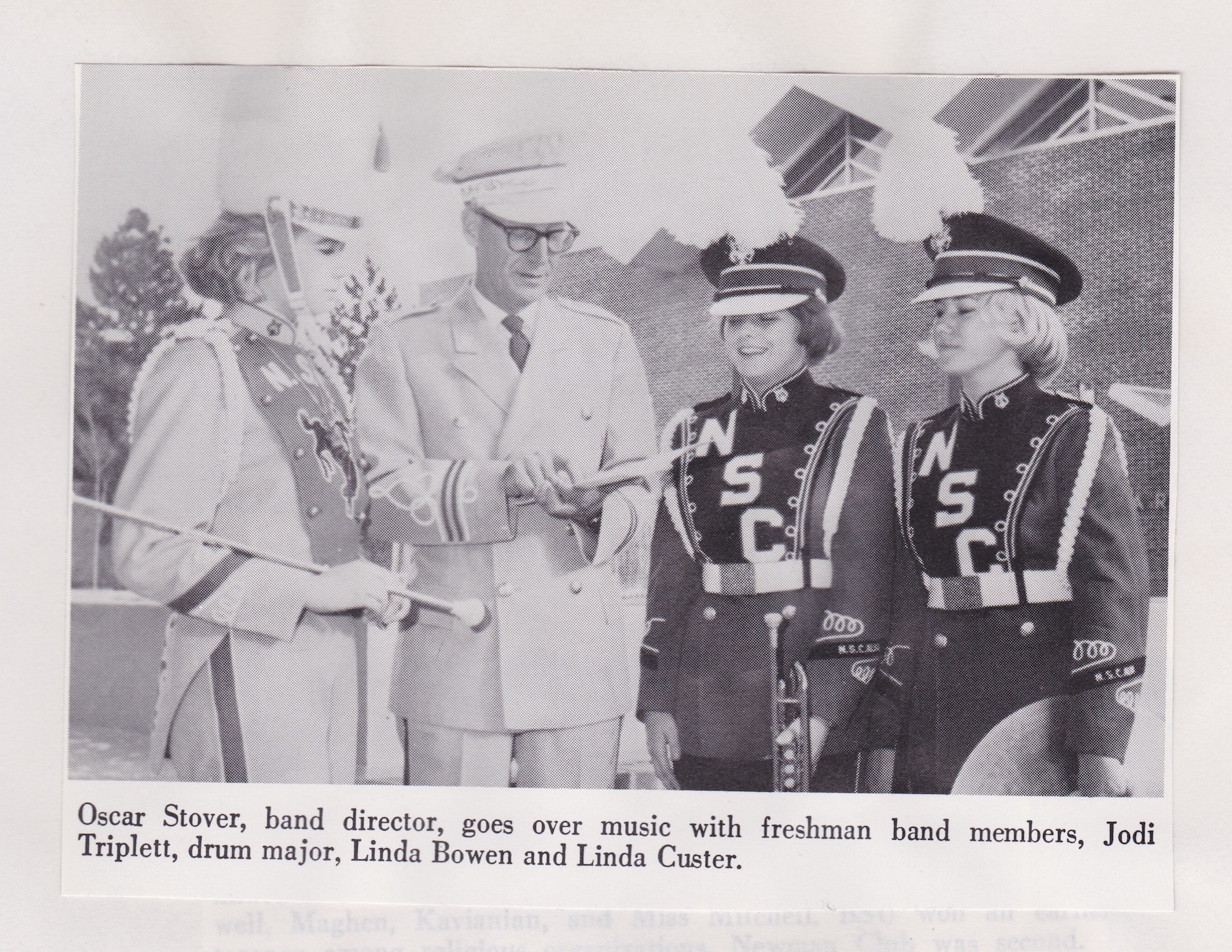 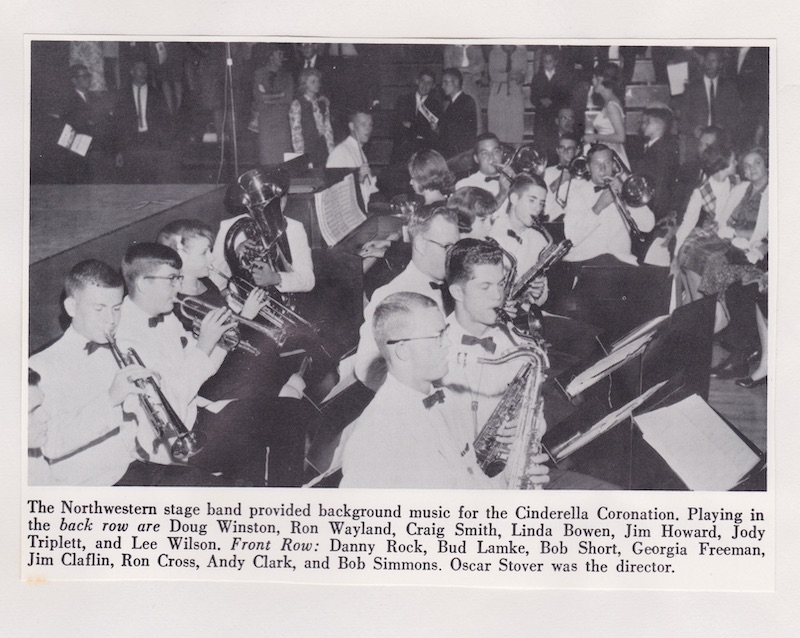 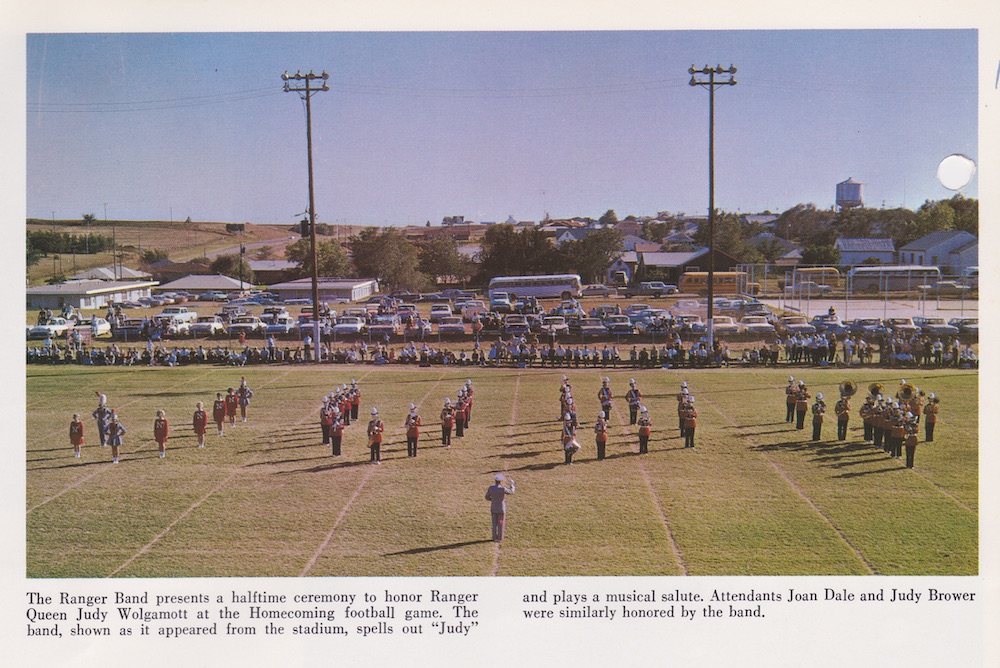 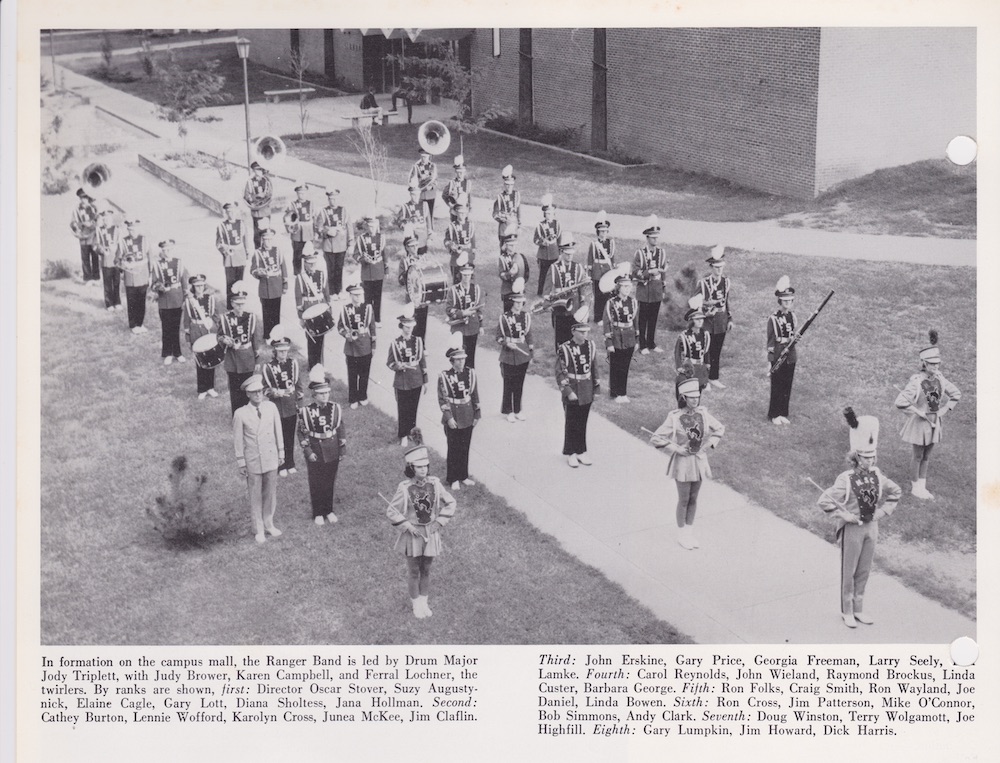 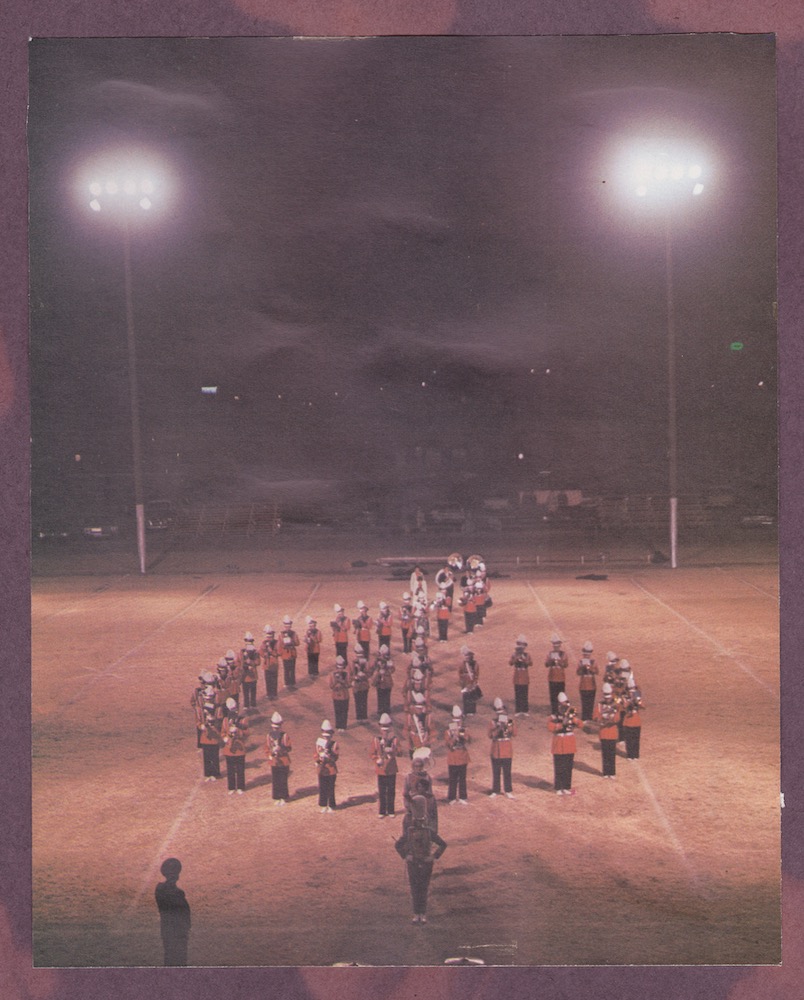 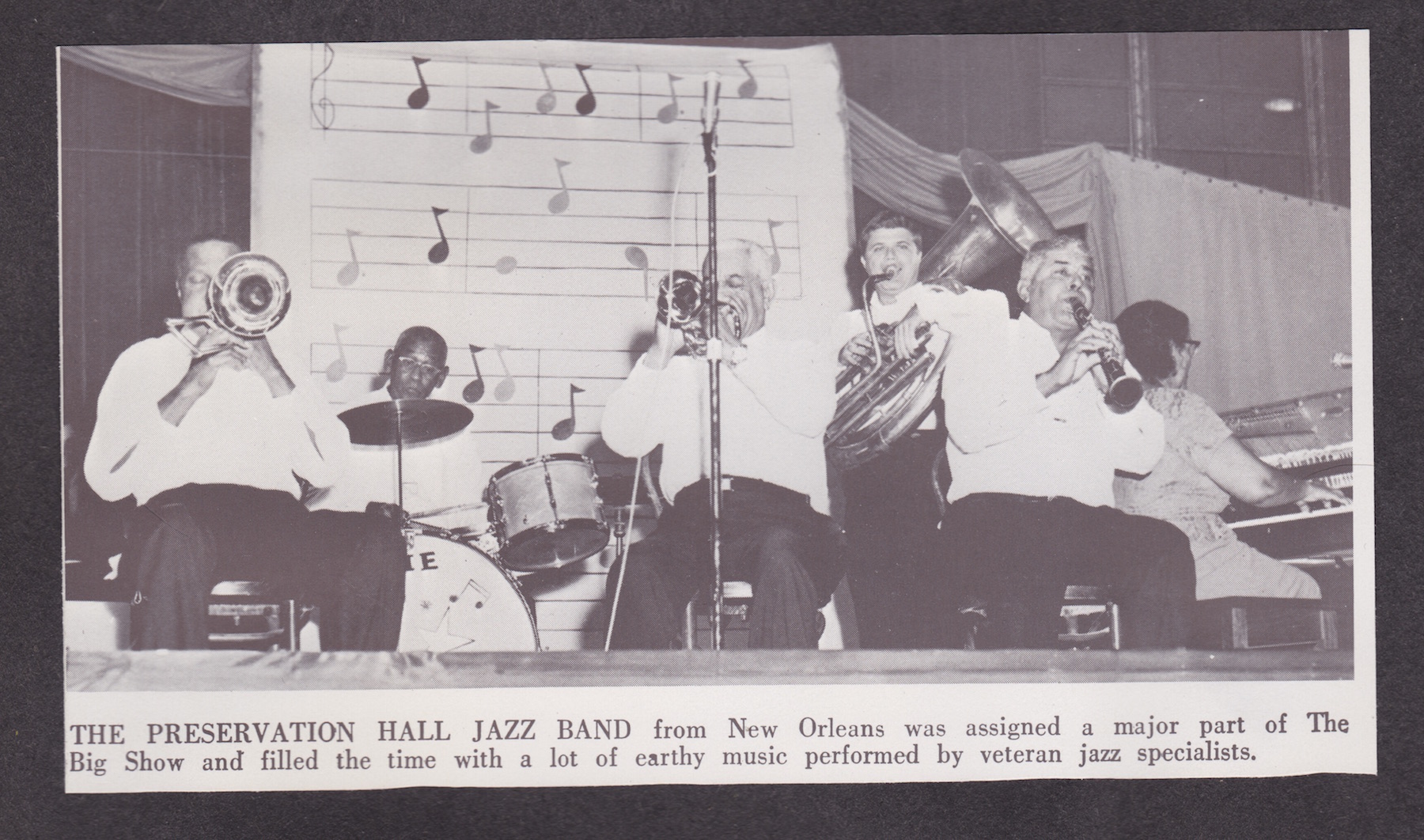 The Big Show was a part of NSC Homecoming throughout the 1960s and always featured live entertainment from a prominent ensemble. The Preservation Hall Jazz Band was the featured group in 1966. 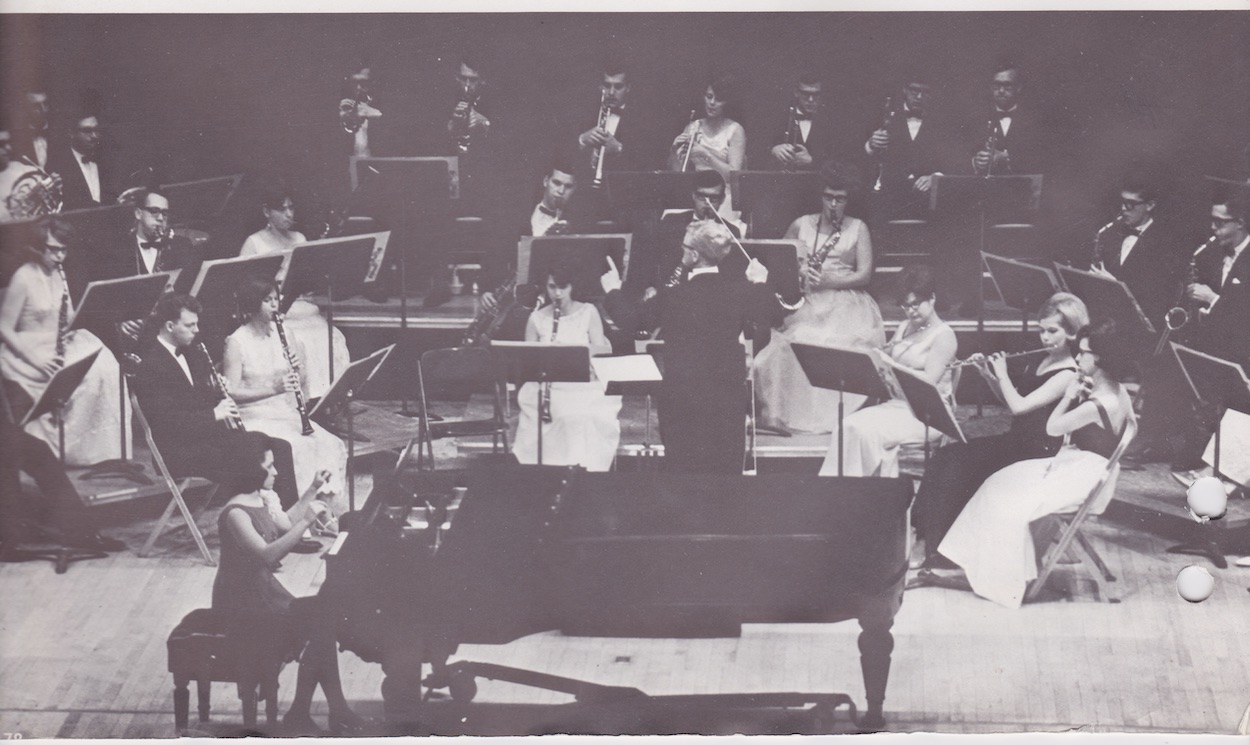 Melanie Hayden during a performance of Rhapsody in Blue with the Ranger Concert Band, Spring 1967. Melanie was a student of Barbara Benefiel. Oscar Stover is conducting the band. 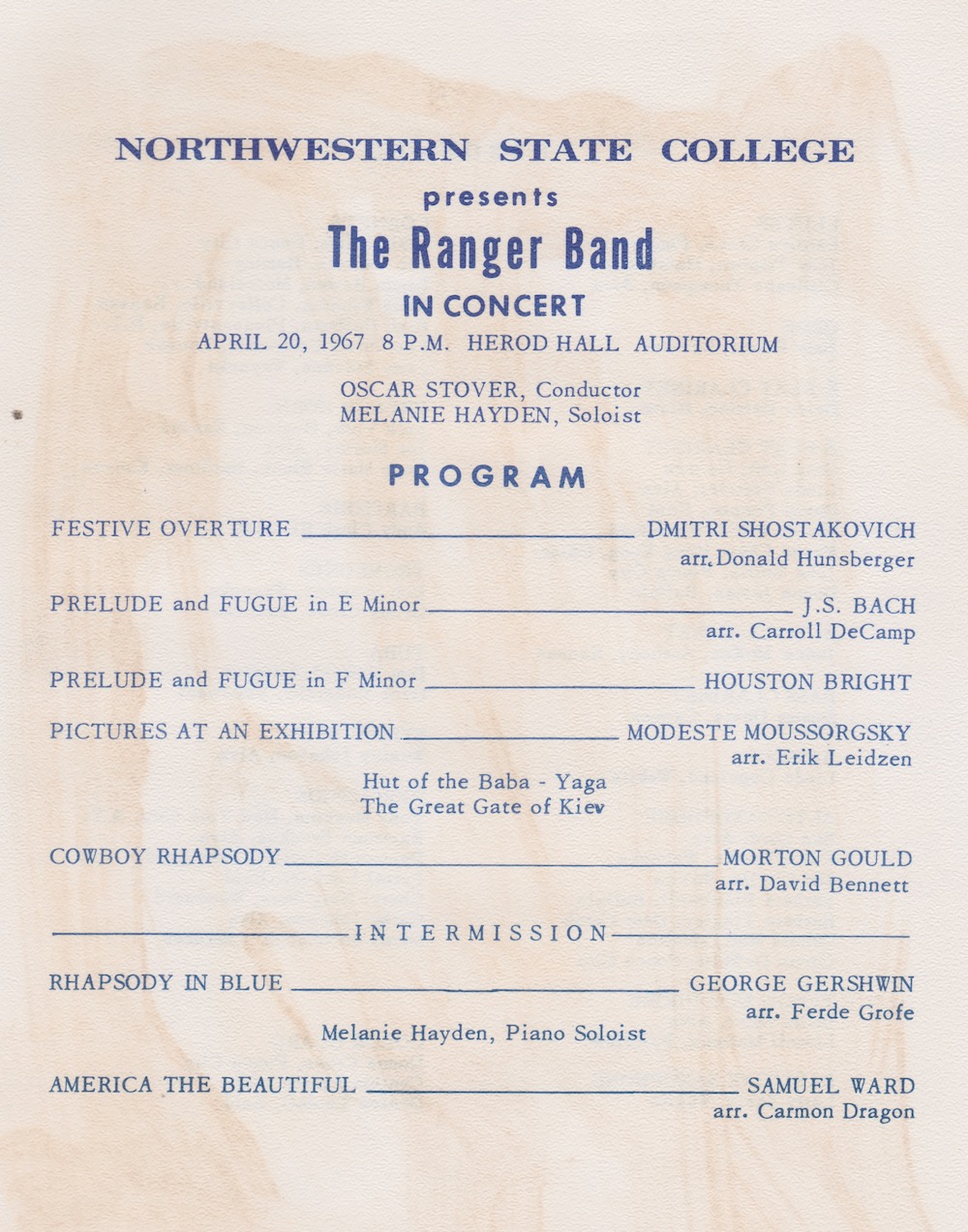 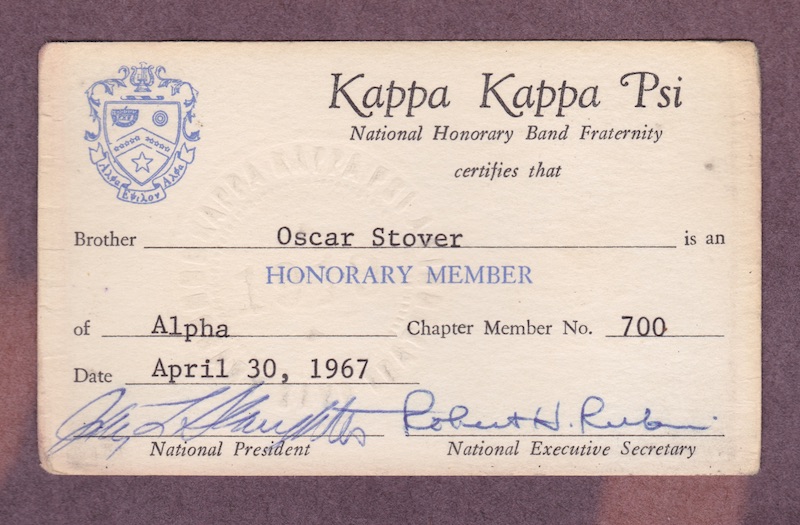 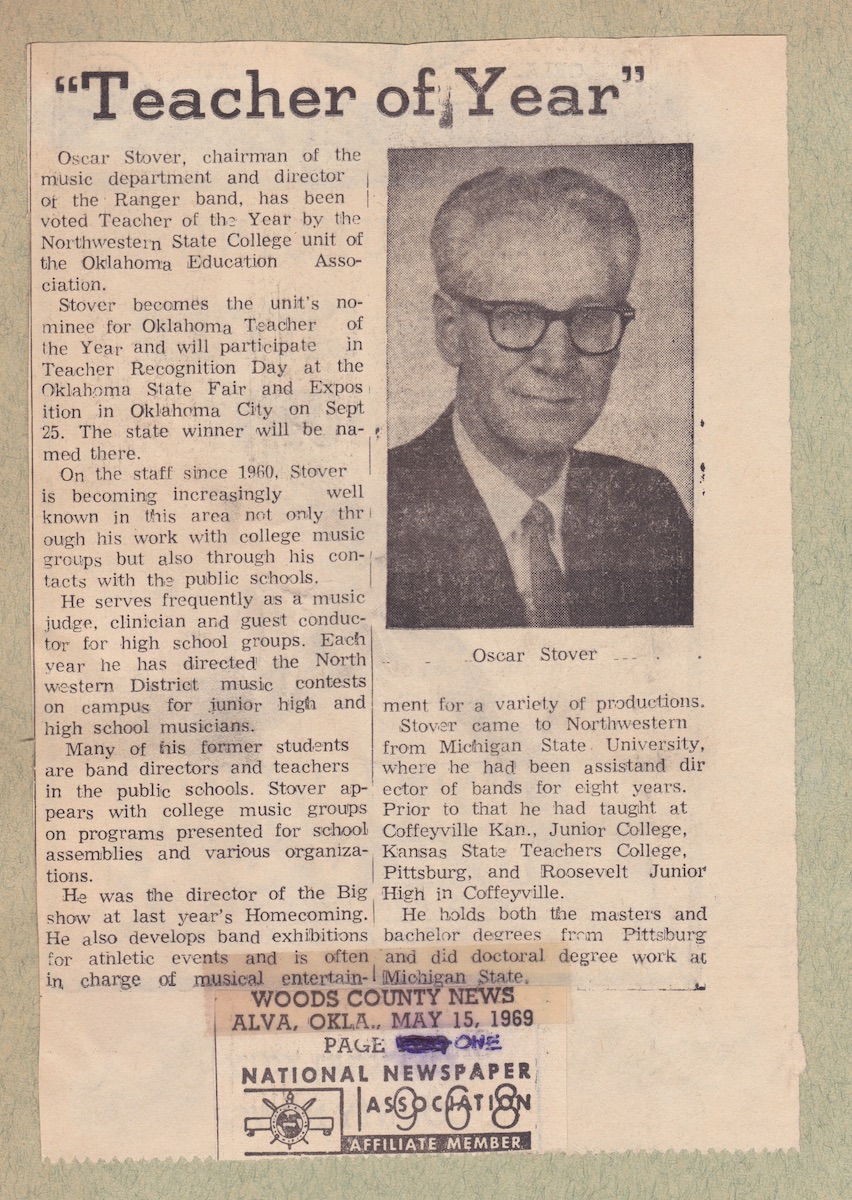 Andy Clark, Jr, returns to Alva with the U.S. Air Force Band in 1969. Mr. Clark had won a position on trombone after studying with Oscar at Northwestern. He would start Norman Lee Publishing in Wichita, Kanasas, which became part of C.L. Barnhouse, a company he eventually led as President. 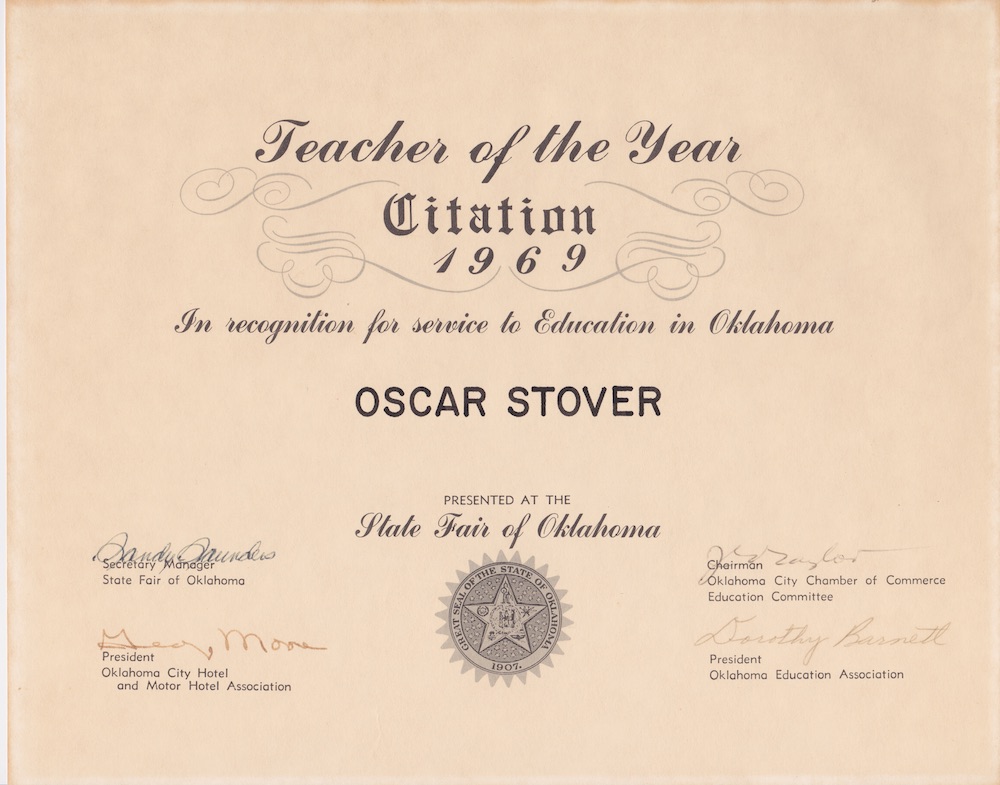 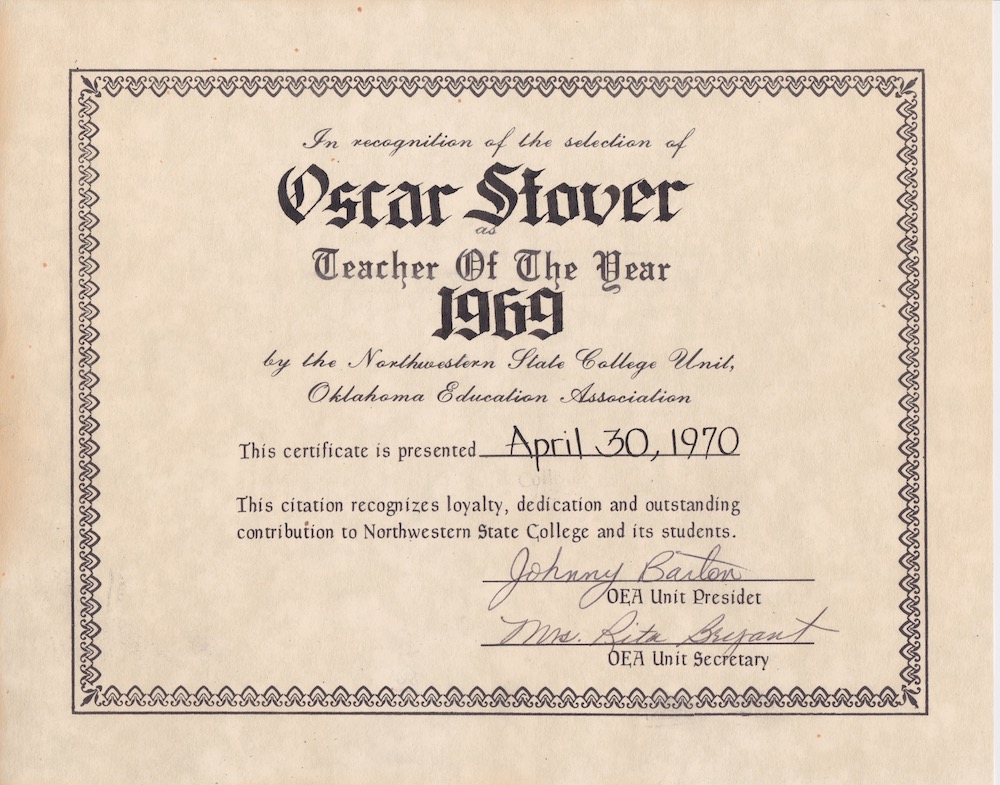 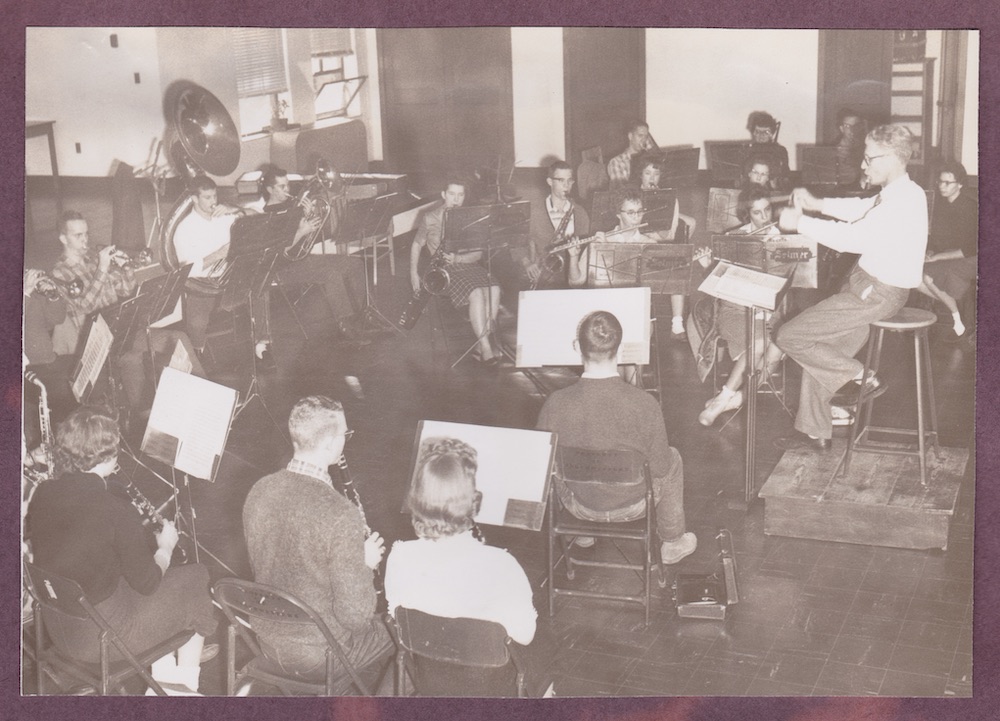 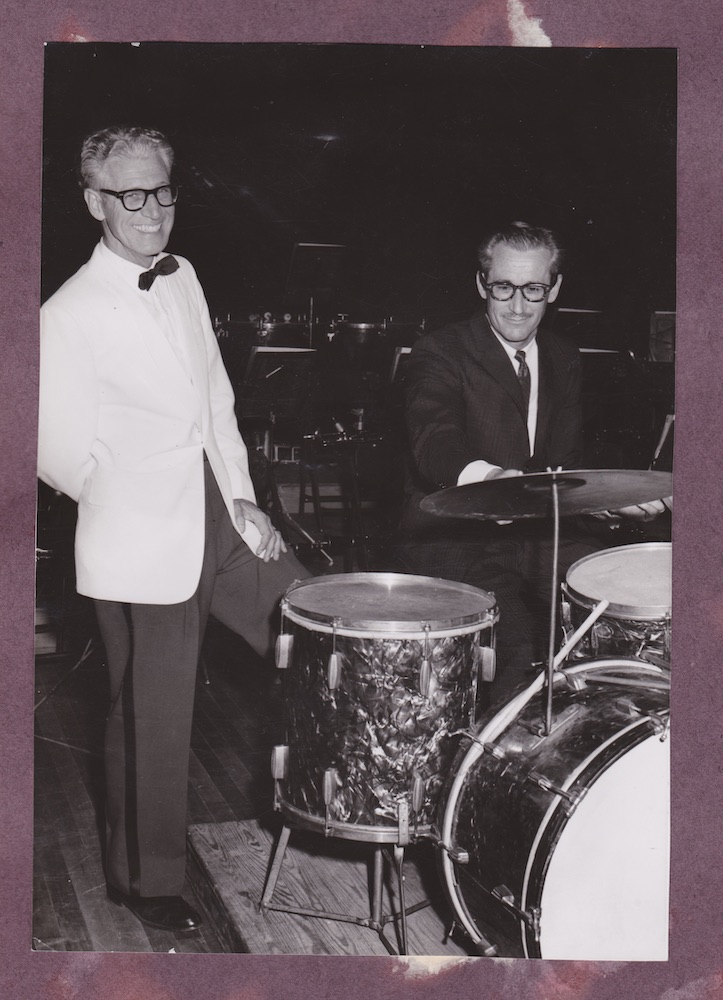 Oscar with his brother, "Smokey" Stover. Smokey played with U.S. Navy Bands during World War II. He continued to perform in the 1950s and 1960s in California and Las Vegas. Smokey performed with Oscar's bands at both Coffeyville Junior College and in Alva with The Ranger Band. 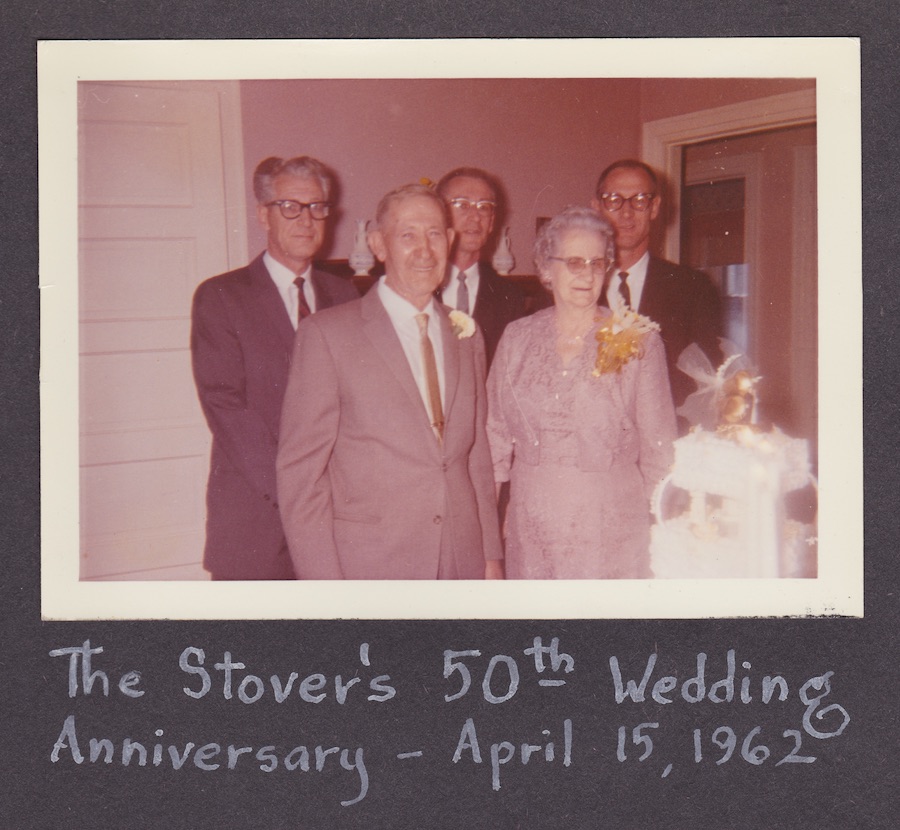 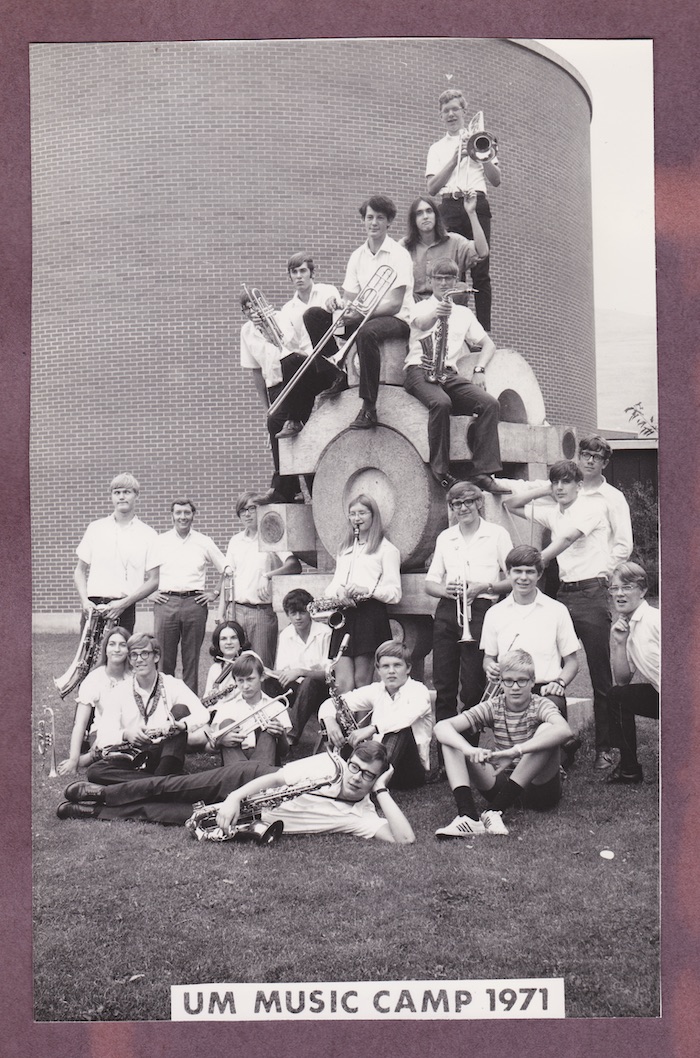 Summer Band Camp at the University of Montana, 1971 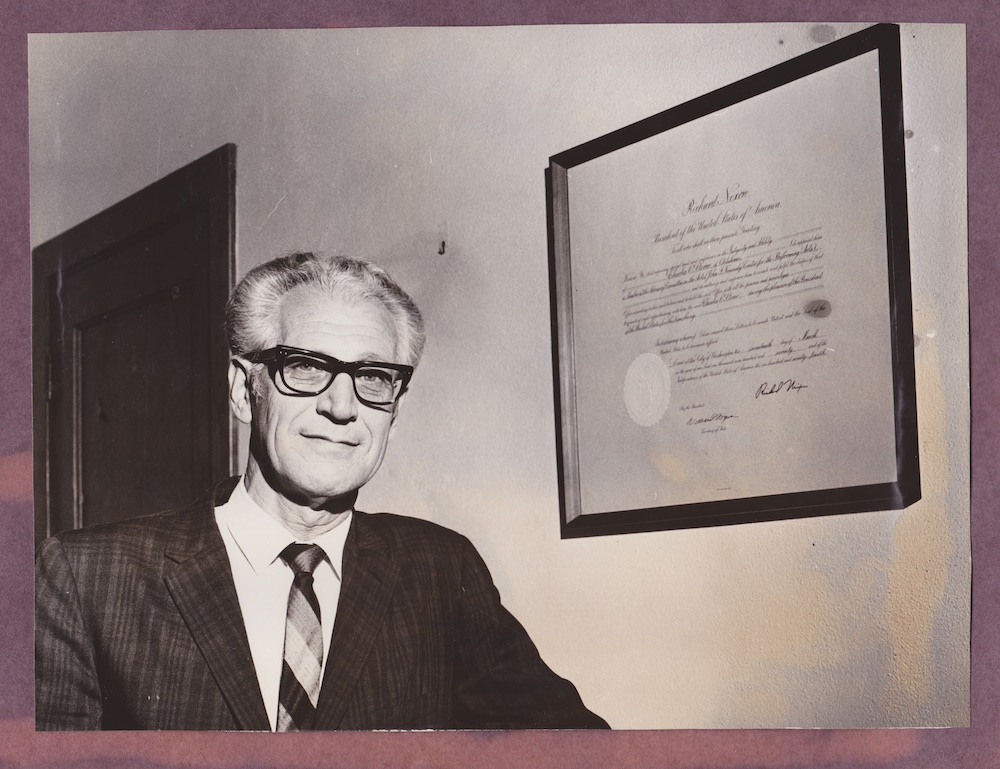 Photo after being appointed by President Nixon to the Advisory Committee on the arts for the Kennedy Center for the Performing Arts in Washington, D.C. 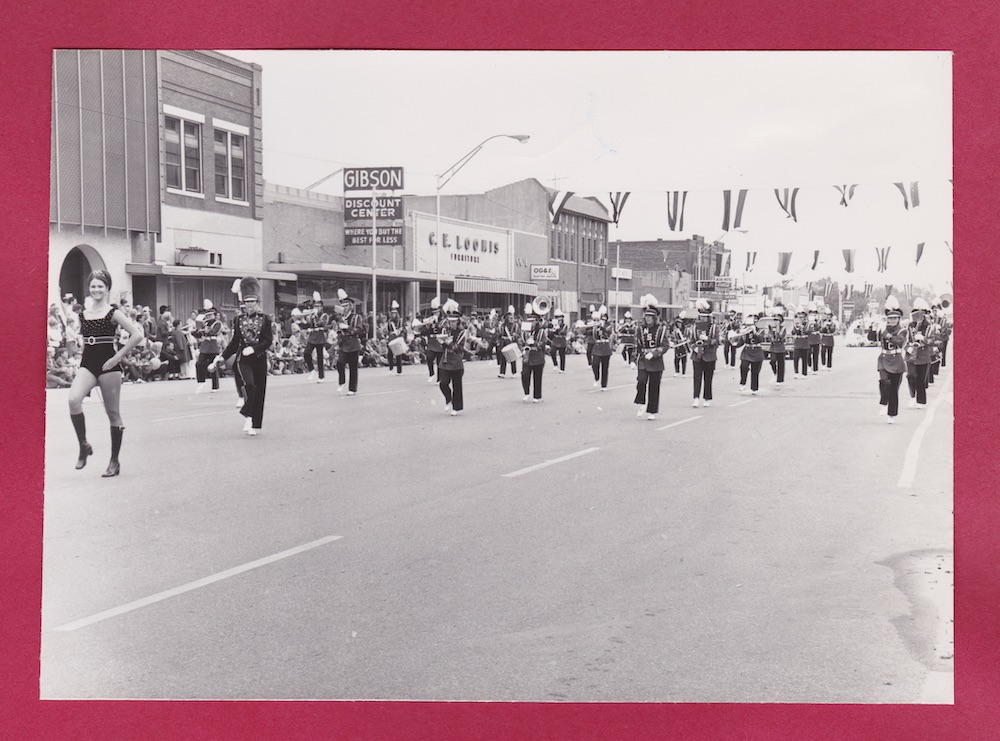 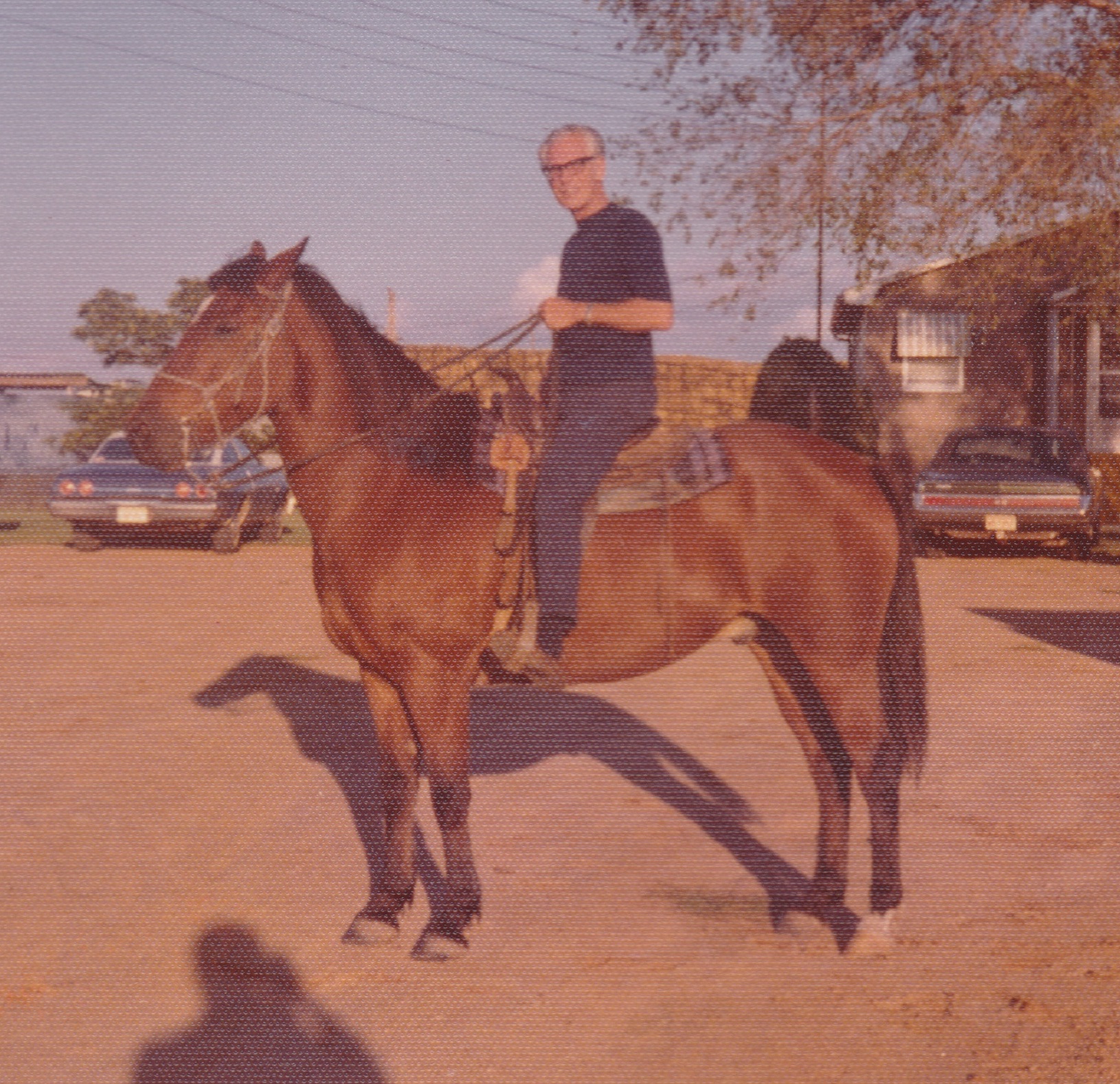 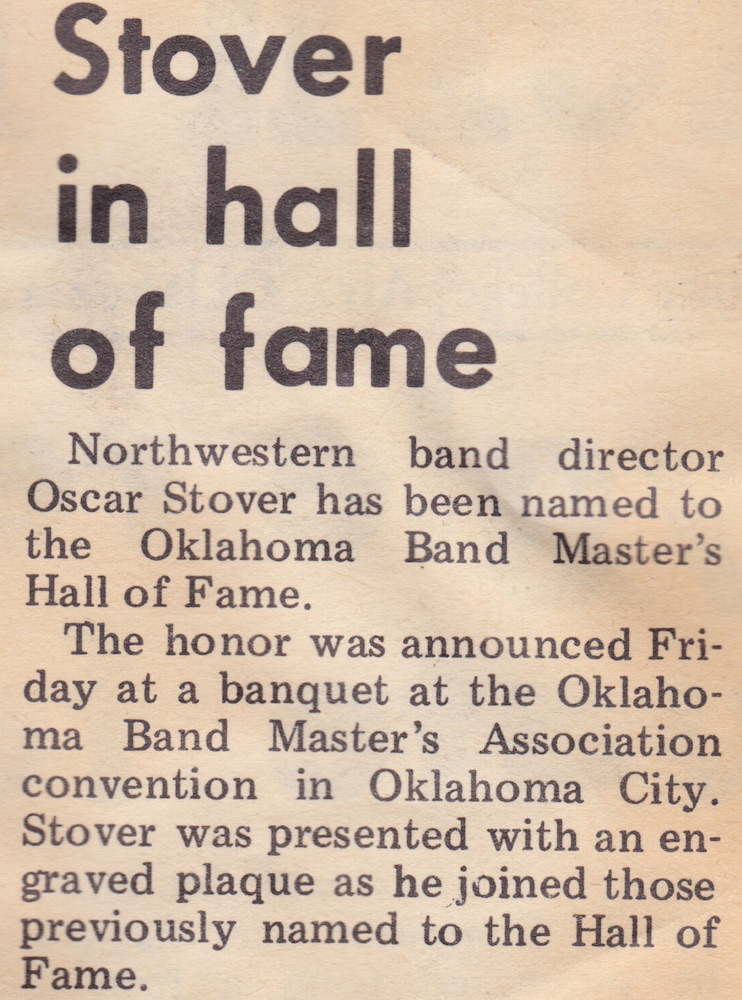 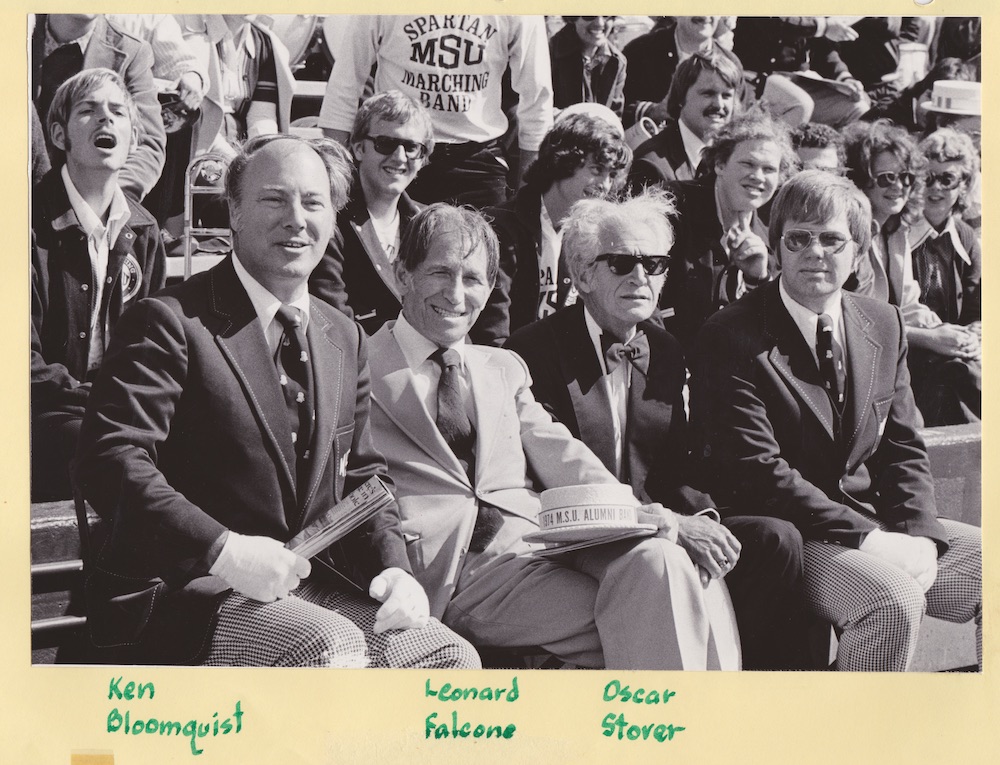 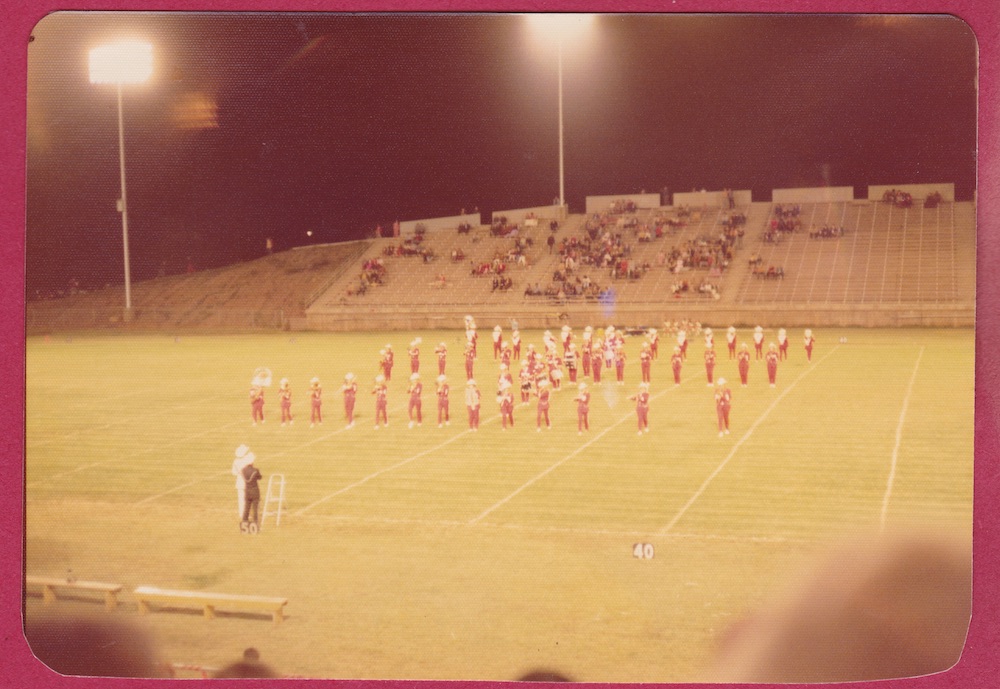 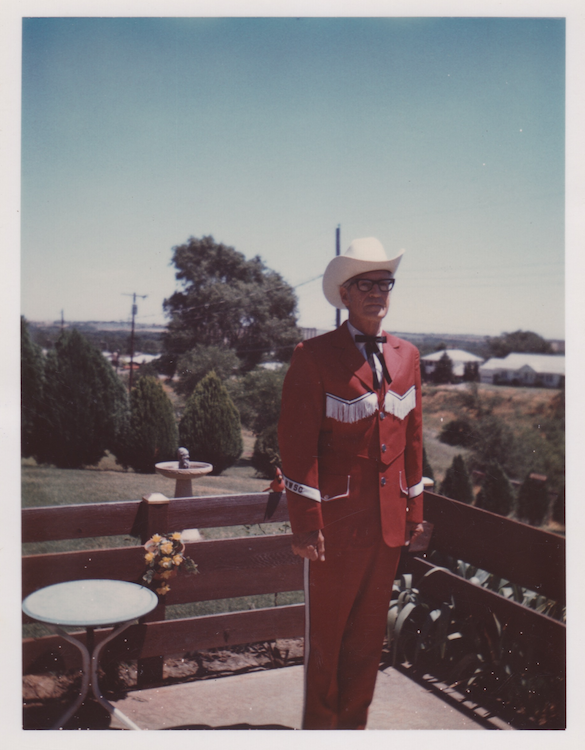 Oscar models new band uniforms on his back patio 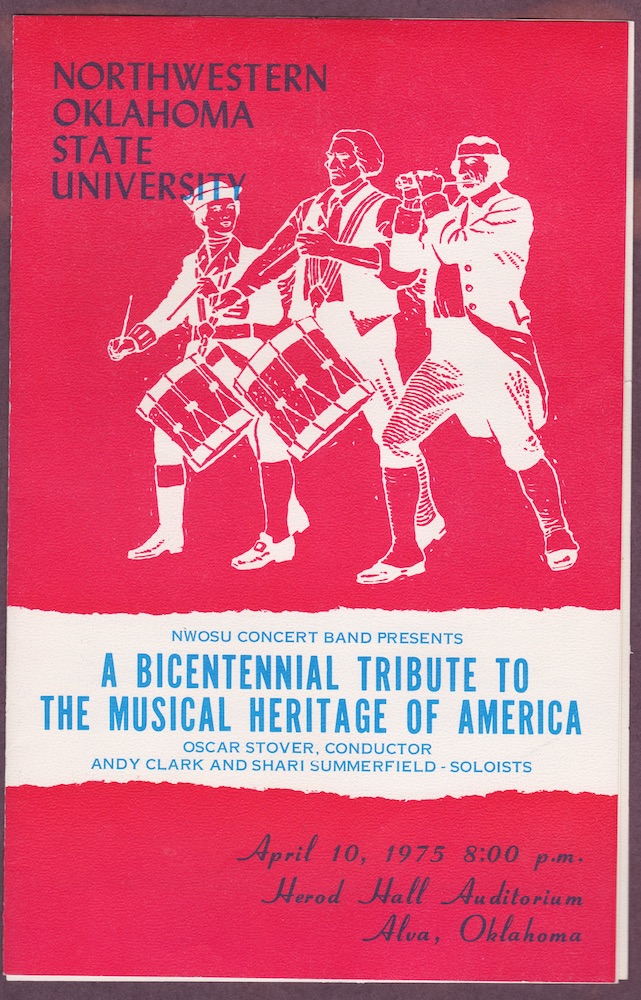 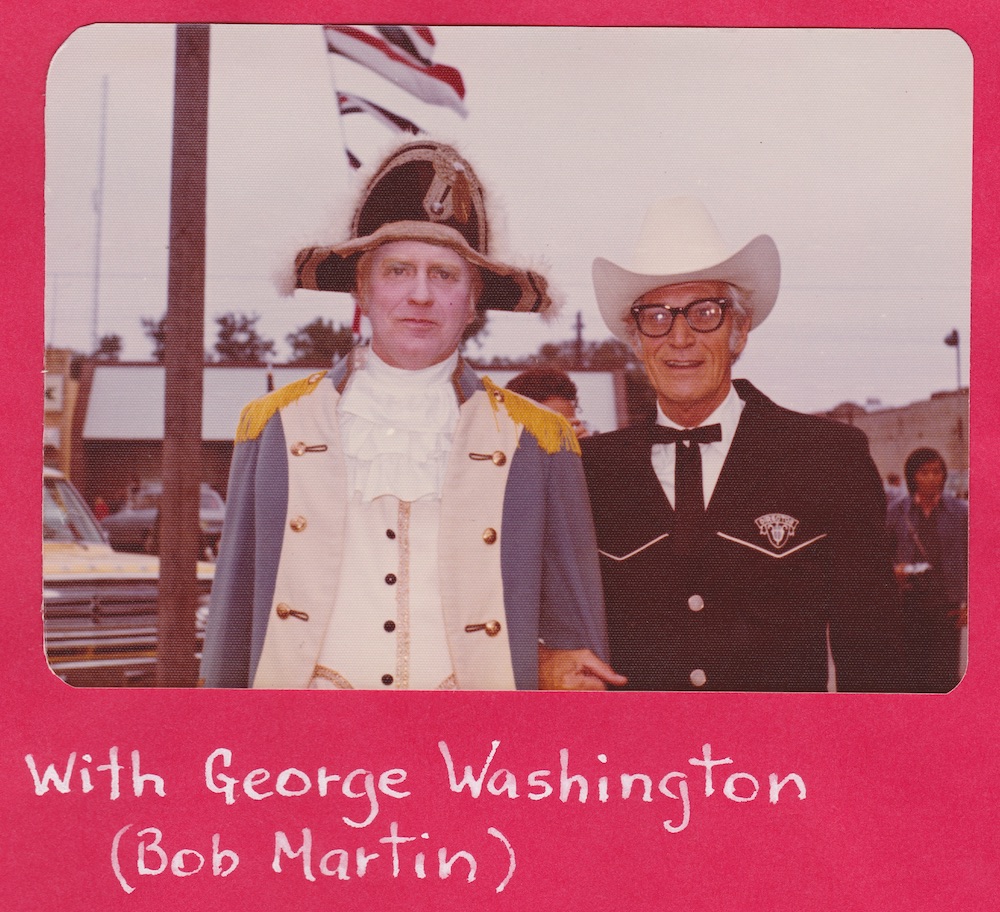 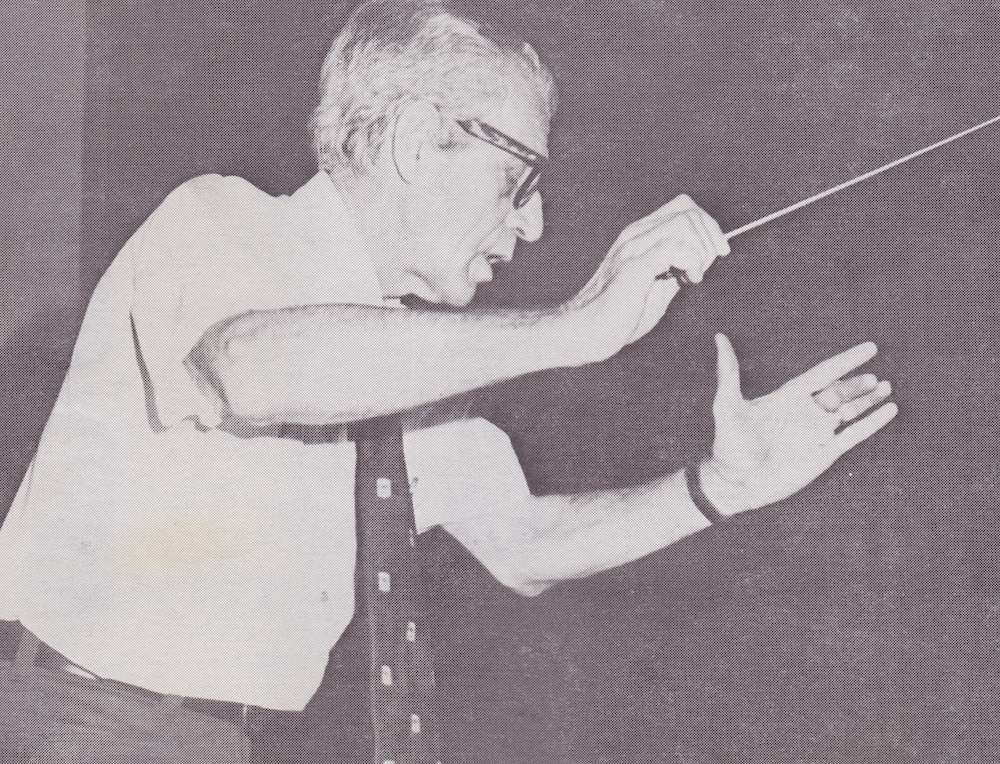 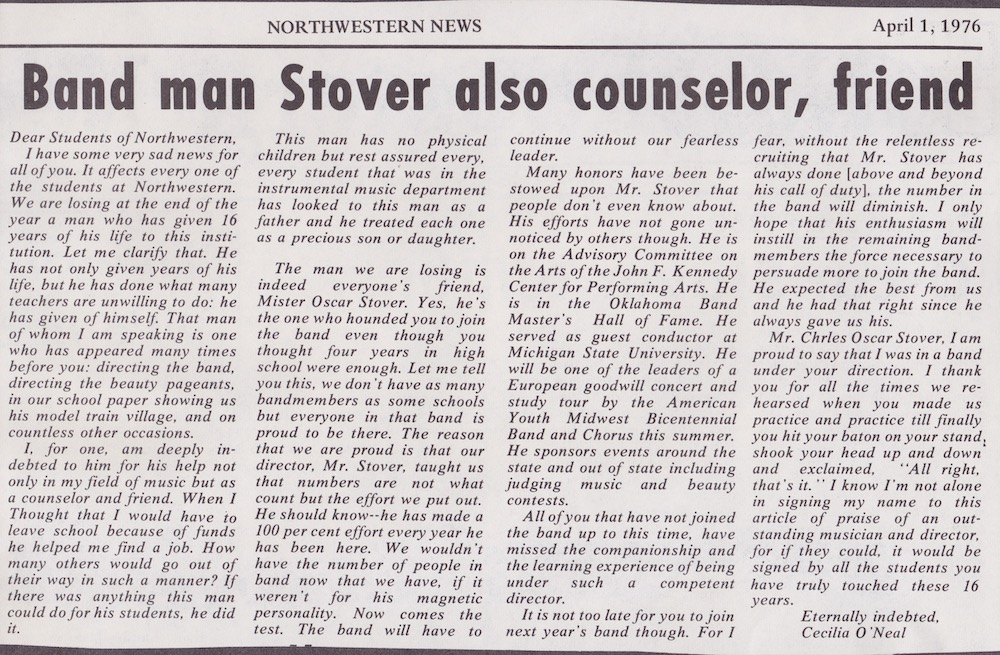 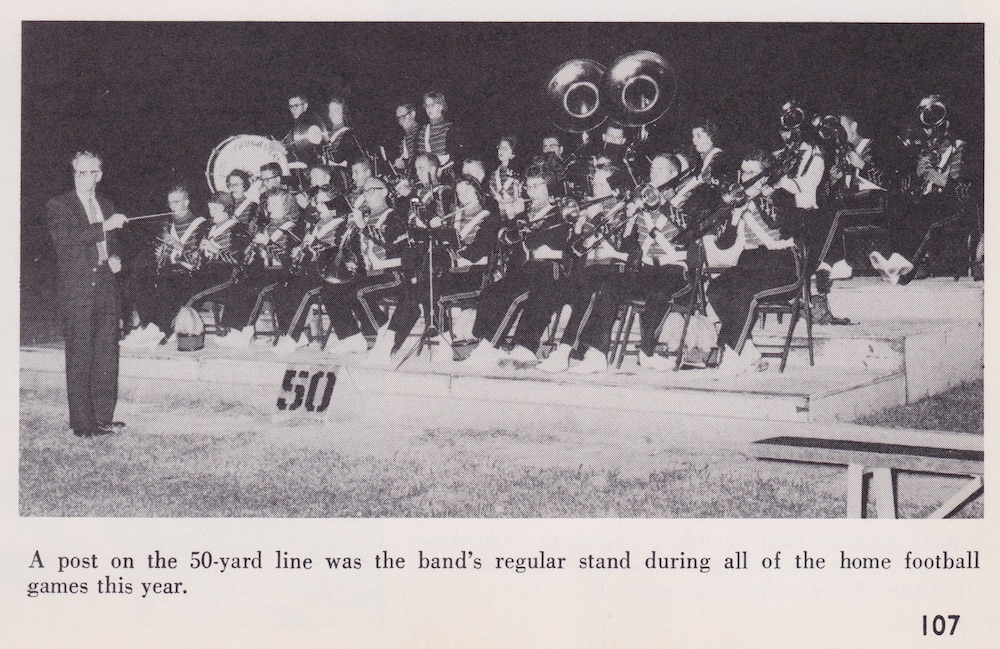 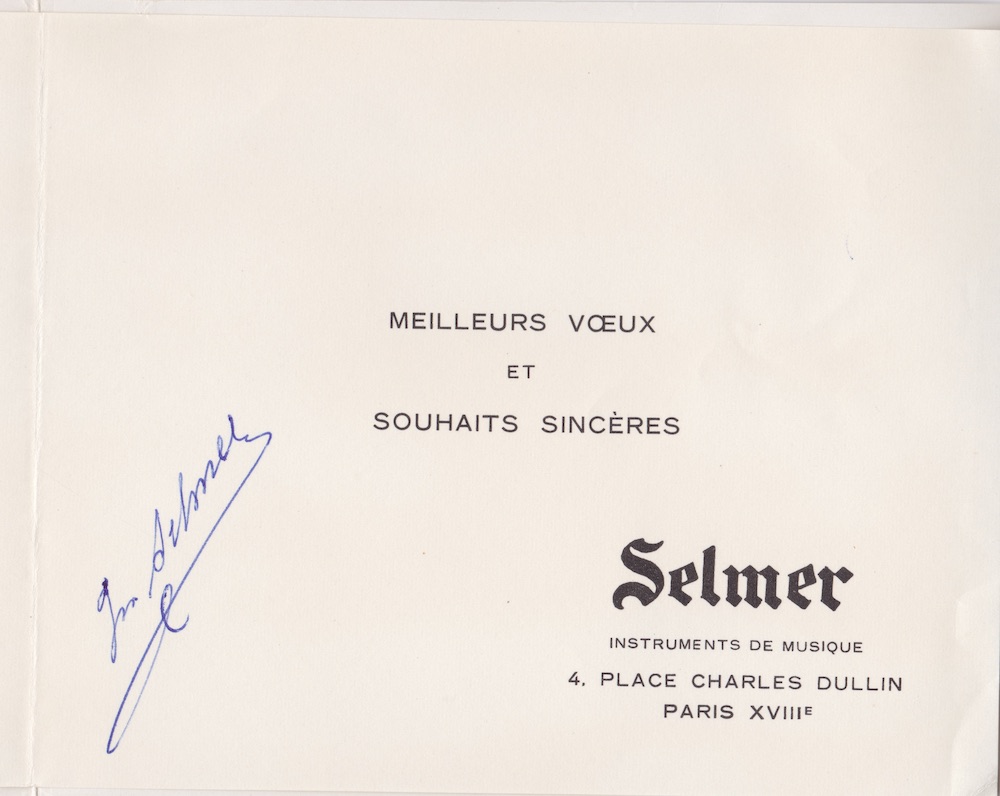 Oscar visited the Buffet factory in Paris, while serving with the 13th Army Air Band during World War II. This appears to be a letter from a family member of the Selmer family. 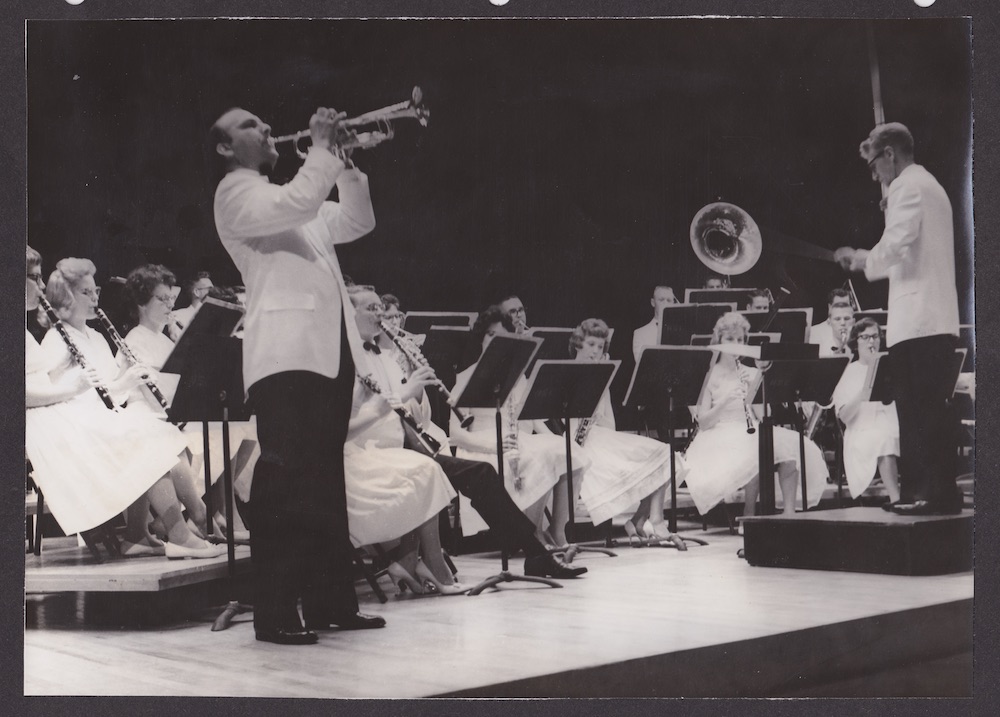 Byron Autrey, Professor of Trumpet at Michigan State, performs with The Ranger Band in 1962

The videos below encompass most of the photos and memorabilia found in the archives. Some years are short, some are long. Music has been added to most of the videos.

Above: pictures from 1963-1964. Homecoming drew 23,000 fans, 34 bands and 30 floats. Mel Torme was the featured artist at The Big Show and the Homecoming Dance. Music in the background from The Ranger Band in the early 1970s.

Above: 1964-1965 pictures, mostly from the school's yearbook. Homecoming attracted 20,000 visitors. There's several color photos of the band on Newby Field.

Above: 1965-1966 pictures. Marilyn Mason, longtime professor of organ at The University of Michigan, was originally from Alva, Oklahoma. She designed the organ at the local First Presbyterian Church, though the photo on the front page is believed to be of her studio organ in Ann Arbor. Several pictures of the new 1960s era church appear in Stover's scrapbooks.

Above: 1969 - 1970. Stover was named Teacher of the Year by the Oklahoma Education Association and also appointed a state representative to a committee for the Music Educators National Conference.

Above: 1970-1971. Stover taught at a summer band camp in Montana through The University of Montana.

Above: 1971 - 1972. Oscar was appointed by President Nixon to the Kennedy Center Advisory Board. The Ranger Band plays in the background, ca. 1972, with Curt Wieland, Trumpet Soloist.

Above: 1974-1975. Stover returns to Michigan State to conduct the Marching Band Alumni Band at a home football contest vs. Northwestern (of the Big Ten).