One of the first Composer Friends of TUBA

Walter S. Hartley (born February 21, 1927, Washington, D.C.) began composing at age five and became seriously dedicated to it at sixteen. All his college degrees are from the Eastman School of Music of the University of Rochester. He received his Ph.D. in composition there in 1953. Some of his teachers were Burrill Phillips, Thomas Canning, Herbert Elwell, Bernard Rogers, Howard Hanson and Dante Fiorillo.

At present he is Professor Emeritus of Music and Composer-in-Residence at State University College, Fredonia, N.Y. He also taught piano, theory and composition at the National Music Camp (now Interlochen Arts Camp) at Interlochen, Michigan from 1956 to 1964.

His list of acknowledged works is now over 200, dating from 1949 on, and most of these are published. He is a member of the American Society for Composers, Authors and Publishers, from which he has received an annual award for achievement in serious music since 1962.

His music has been performed by many ensembles, including the National Symphony Orchestra, Oklahoma City Symphony, Eastman-Rochester Orchestra and the Eastman Wind Ensemble. His Chamber Symphony of 1954 was commissioned by the Koussevitsky Foundation, his Concert Overture for orchestra received a prize from the National Symphony Orchestra in 1955, and his Sinfonia No. 3 for brass choir won for him the 1964 Conn Award. Since then he has received many commissions from college and high school musical organizations. A lately published orchestral work, Symphony No. 3, was commissioned by the Greater Buffalo (NY) Youth Orchestra; several band works were commissioned by U.S. service bands. There have been many recordings.

He and the former Sandra Mount have been married since June 17, 1960 (two daughters, five grandchildren).

THE SOLO TUBA AND WALTER HARTLEY

Although the tubist has had some opportunity to display his melodic and soloistic capabilities within the symphony orchestra since the time of Wagner, it has been only within the last 20 years that major figures of the stature of Hindemith  and Vaughan Williams have accorded a degree of legitimacy to the tuba by writing solo works for it. The reper­toire has continued to expand at a steady pace with such works as the Vincent Persichetti Serenade No. 12 for Solo Tuba, the Halsey Stevens Sonatina, Verne Reynolds Sonata, Warren Benson's Helix and with six compositions by the man who is the subject of this article, Walter Hartley: Sonatina for Tuba and Piano (Interlochen Press, 1957); Suite for Unaccompanied Tuba (Elkan-Vogel, 1962); Duet for Flute and Tuba (Tritone, 1962); Aria for Tuba and Piano (Elkan-Vogel, 1967); Sonata for Tuba and Piano (Tenuto, 1967); and the Concertino for Tuba and Wind Ensemble (Tenuto, 1970).

These works constitute a highly significant addition to the literature for the tuba, and they range in difficulty from a moderate level in the Sonatina to a rather high level in the Sonata and Concertino. Each of the six works shares high degrees of craftsmanship and musical quality. Before moving to a specific consideration of these works, some back­ground information on the composer and on his philosophy of writing for solo tuba would be in order.

Walter Hartley studied piano at the National Music Camp, Interlochen, Michigan, and entered the Eastman School of Music in 1947. He studied piano with Jose Échaniz and composition with Bernard Rogers and Howard Hanson, com­pleting B.M., M.M., and Ph.D. de­grees by 1953. Currently on the faculty of the State University College, Fredonia, New York, his teaching experiences experiences include King's College (Delaware), Longwood College (Virginia), Hope College (Michi­gan), the National Music Camp, and Davis and Elkins College (West Virginia), where he served as music department chairman for several years. Hartley has written over 80 works for groups large and small, and his music is often performed on college and university programs as well as in professional music cen­ters. His Concerto for 23 Winds (1957) was recorded in 1960 by the Eastman Wind Ensemble. The composer is also active as piano so­loist. Hartley performed his Con­certo for Piano and Orchestra (1952) at Interlochen in 1959 and frequently appears in recitals and on chamber music programs. His works have been published by Rochester Music Publishers, Tenu­to Publications, Interlochen Press, Elkan-Vogel, Galaxy Music Corpo­ration, and Ensemble Publications.

Hartley's ideas relating to com­position for the tuba are valuable and intriguing, offering a much­ needed perspective both to the player and to the potential compos­er. The tuba as solo instrument, or as soloist in an ensemble, should essentially and ideally be a melodic bass. It is particularly suited to obbligato (me­lodic accompaniment of another melody) or other contrapuntal treatment. A good source of inspiration for tuba-writing should be the pedal parts in J. S. Bach's organ works, particularly the Trio So­natas. The most generally useful melodic range in tubas (contrabass tubas in CC or in BBb) is AA to a; the high baritone and contrabass registers should be used sparingly, especially for younger play­ers, although for the sake of variety they should not be avoided in serious work. Melodies conceived for higher register in­struments or voices, particularly in the soprano range, tend to be unsatisfac­tory, for reasons of harmonic balance, when transcribed for the tuba. Spacing should always be carefully handled, es­pecially between the tuba and other low winds, to achieve good coloristic balance. The tuba tone has fewer strong high partials than other brass instru­ments, particularly horn and trumpet. This must be home in mind when as­sociating these colors.

Hartley defines his style as "free­ly tonal and broadly based on class­ical forms."

For a discussion of Hartley's six works, please see Dr Popiel's article in 1970 volume of The Instrumentalist 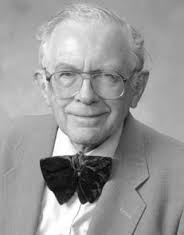