Pioneering Jazz Tubist inducted at the 2006 ITEC University of Denver

Don Butterfield is among a select group of pioneering New York tuba players who helped bring the instrument into the modern jazz ensemble. Along with Bill Barber and Harvey Phillips, Butterfield convinced artists and arrangers alike that the tuba was a viable jazz instrument and could prove a welcomed addition to jazz ensembles of all sizes. Perhaps best known today for his work with Clark Terry and Charles Mingus, Don Butterfield was a regular on the New York freelance music scene for over fifty years, respected as a versatile and reliable artist in all musical genres.
Don Butterfield studied tuba at the Julliard School of Music under the tutelage of William J. “Bill” Bell. Over a long and distinguished career he has made music with a wide array of diverse artists from Arturo Toscanini to John Cage, from Claude Thornhill to the infamous Moondog. His playing has been featured on literally hundreds of jazz and classical recordings, as well as on radio, television, and film scores. Early in his career he worked in the broadcast studios of both CBS and NBC, and he was a regular member of the Radio City Music Hall Orchestra for many years. He retired from the American Symphony Orchestra in 1991.

His list of jazz recording and performance credits reads like a “Who’s Who” of jazz history, including such artists and groups as Julian “Cannonball” Adderley, Kenny Burrell, Bill Evans, Stan Getz, Dizzy Gillespie, Herbie Hancock, Coleman Hawkins, Rahsann Roland Kirk, Teo Macero, The Modern Jazz Quartet, James Moody, Wes Montgomery, Oliver Nelson, Oscar Peterson, Lalo Schifrin, Jimmy Smith, and Stanley Turrentine to name but a few.
Butterfield was a regular member of Charles Mingus’s Jazz Workshop, and his playing can be heard on some of Mingus’s most famous recordings including The Black Saint and The Sinner Lady and Mingus, Mingus, Mingus, Mingus, Mingus. Mr. Butterfield was also featured in the recent documentary film Charles Mingus: Triumph of the Underdog.

In 1959, trumpeter Clark Terry requested that Butterfield join him on an album produced by Orrin Keepnews for the Riverside label titled Top and Bottom Brass. This award- winning recording was one of the first jazz albums to prominently feature a tuba in the front line of a jazz ensemble playing extended improvised solos. Butterfield’s playing on Top and Bottom Brass opened the door for today’s successful jazz tubists and still serves as a model for one solid approach to low brass jazz improvisation.

In addition to his success as a performer, Don Butterfield has had a lifelong commitment to education. As both a teacher and composer, his work hashelped to expand the horizons for all low Brass Legends working and studying today. His students have included a number of successful musicians who are still working professionally in various aspects of the music industry. As a college teacher, Butterfield held teaching positions at Montclair State University, Trenton State University, Cean College, New York University, Columbia Teachers College, and the Mannes School of Music.

Don Butterfield (1923 – 2006) took up tuba in high school. He wanted to play trumpet, but the band director assigned him to tuba instead. After serving in the U.S. Military from 1942-46 he went on to study the instrument at the Juilliard School.Butterfield started his professional career in the late 1940s playing for the CBS and NBC radio networks. He played in orchestras, including the American Symphony, on albums by Jackie Gleason until he became a full time member at the Radio City Music Hall. In the 1950s, Butterfield switched to jazz, backing such artists as Dizzy Gillespie, Frank Sinatra, Charles Mingus, Rahsaan Roland Kirk, Jimmy Smith, and Moondog. He fronted his own sextet for a 1955 album on Atlantic Records and played the 1958 Newport Jazz Festival. In the mid 1960s, Butterfield took a temporary, nearly unpaid, position conducting an amateur group of musicians known as the Gloria Concert Band, located in upstate New Jersey. During one concert, he passed out the music for Stars and Stripes Forever by John Phillip Sousa. The band had not practiced this piece but were capable of performing it.

Except for the very young piccolo player who had never seen the music before. He announced to the crowd that the band would next be playing this piece. The poor piccolo player was about to faint. He further explained that since this was a piece by Sousa, the inventor of the Sousaphone, he would be playing the piccolo part on the tuba in his honor. What followed was a perfect, octaves lower, performance of that part. There is, unfortunately, no recording of that performance. (Maybe impossible to verify, but I was the one sitting next to the piccolo player.) In the 1970s he worked as a session musician. He played on recordings for a variety of artists and on television and film soundtracks, including The Godfather Part II.

The Grove dictionary of music calls Butterfield's playing style, "uncommonly florid, a skill that made him of value as a jazz musician... He was one of the first modern jazz players who, rather than simply marking out the bass line, rediscovered the possibility of bringing to the instrument a facility akin to that of a trumpeter." 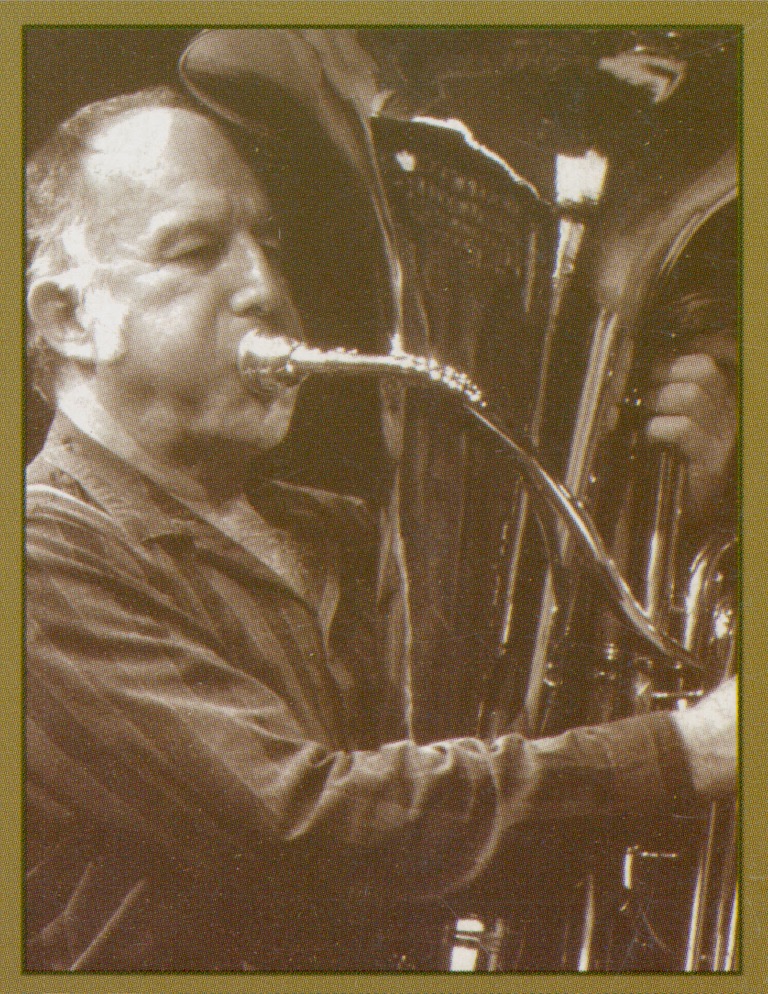